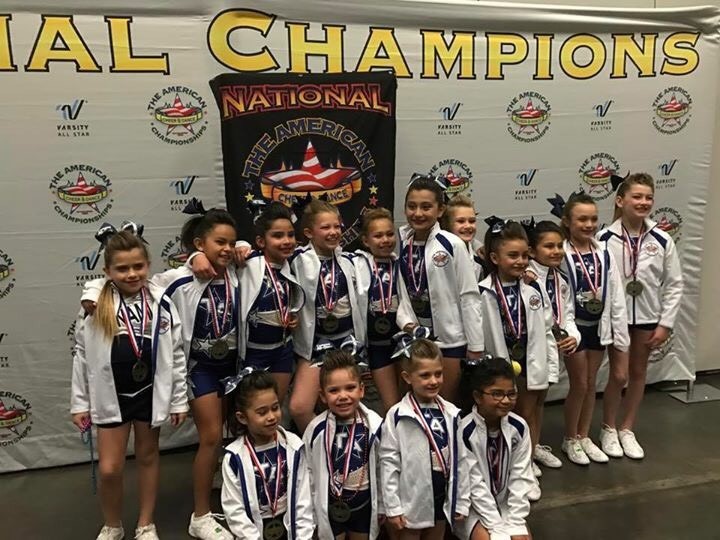 By Donna Westfall – December 8, 2016 –  When Linda Wanner and her husband, local chiropractor, Dr. Laurent Wanner, started the Tsunami All-Starz in 2003, aspirations of becoming National Champions was a dream.  This past weekend that dream became a reality in Portland, Oregon.

These talented young girls that they train, beat out every other team in the United States to show everyone they are the best at what they do; cheerleading utilizing tumbling and gymnastics.

It’s a family affair.  Linda Wanner is the Director and owner of the Tsunami All-Starz Cheerleading Gym.  Dr. Wanner is the trainer.  Their daughter, Nicole Soule, has been skillfully coaching since 2004.

Some of the girls have only been practicing tumbling and gymnastics for a year. They have 2 minutes and 30 seconds to do their cheerleading routine during competitions.  The youth group is age 11 and younger, the youngest being four years old.  Three other girls help coach the team and are great assets; Ariel McIntire, Gina Diehl and Halie DeArman.

The going hasn’t always been rosy though. There have been times when it’s been trying not only for the coaches, but for the children and their parents. For those that remained with the teams, their persistence paid off.  They went on to become champs.

Congratulations to everyone involved with the Tsunami All-Starz for their exciting performance.  It paid off and we’re very proud of their National Championship.