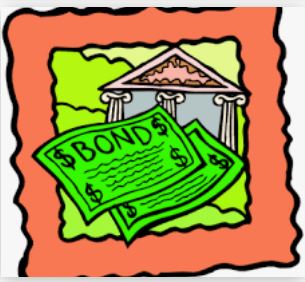 Since you are on the Board of Trustees for the DNUSD, It is my intention to apprise you of some information. On October 1, 2020 during a Citizen’s oversight Committee meeting the following was stated,

“The COVID-19 economic crisis required the postponement of some projects to help provide funds for the District to pay its regular expenses. “

As you know Prop 39 funds are bonds for restrictive purposes of construction, rehabilitation, modernization of schools. Although I have sent Mr. Napier a CPRA request regarding this matter, I have reason to believe he will not fulfill that request.

Additionally, $44,000 was apparently spent on Propane, and since the COC was reviewing documents One can only surmise that was paid with bond money. my concerns of School Bond Waste are not without merit, nor were they developed from thin air. The mere fact this and many other situations came from meeting minutes, internal emails, and spreadsheets is very CONCERNING.

What is extremely concerning is when I read that YOU along with the other “TRUSTEES” prevented adequate training for the COC members, several times. Even when Attorney Don Henion was involved training was denied, which by the way was free. Are you ok with fraud?

So what in your perspective? What would you do if you discovered fraud? Would you continue to cover it up like it has been? OR, would you investigate it and then cover it up? Afterall, you have made sure no training was available to these board members for a reason.

Just so you know, I have contacted authorities in Sacramento and have presented the evidence. Will a compliance team come to Del Norte? I don’t know. I was able to get an audit team from Sacramento to investigate the Fair Grounds and that report was not glowing, however, it did stop Kim Floyd from spending taxpayers money.

I think you might want to consider what will happen to this organization if a compliance team comes up and verifies the truth. What do you think will happen? Afterall, from February 2009- May 30, 2012 there were only fake agendas no meeting minutes and no COC oversight. What is concerning is according to the Prop 39 which is a California Constitutional Amendment, it states the COC must generate a report once a year, somehow that was construed to mean the COC only needs to meet once a year which is inaccurate. The COC needs to be a working unit throughout the year in order to provide the public with an accurate report.

In 2017, 2018, and February 2019 the COC met one time. Laughable. And then they did not meet at all until September 2020 after the 2019 meeting. In essence there has been no oversight. If it were not for Angelina Countess-Bieber bringing this to the attention to the public, the public would not have known how negligent the District Trustees had been.

Good luck with all that explaining you and the trustees will be doing in the future. Mr. Napier needs to be terminated, Jeff Harris replaced. As for you and the Trustees, I have lost all respect for the ignorance of an educational institution who doesn’t even abide by the rules they write