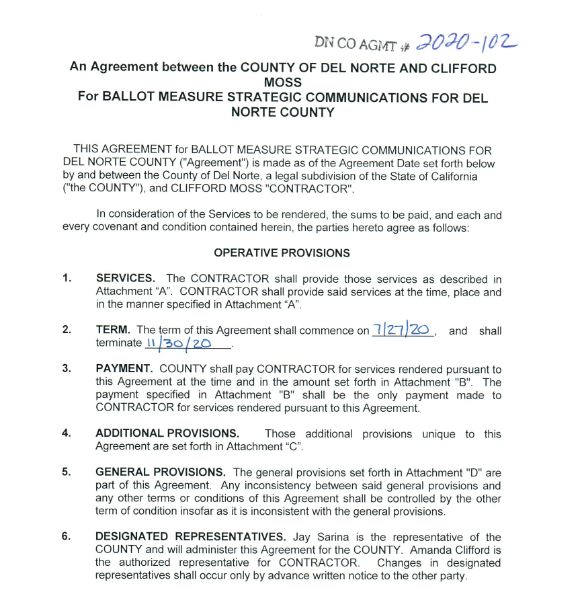 How do you like having our Del Norte County County Administrative Officer (CAO),  Jay Sarina, with the power to spend up to $40,000 tax dollars to a Political Strategist firm  in Oakland working on seeing that the sales tax is increased? And he can do this all by himself without having to answer to the elected Board of Supervisors.

Then in Part 2, we’ll cover Attachment B, “Payment”, and then go over “Robo Call”. 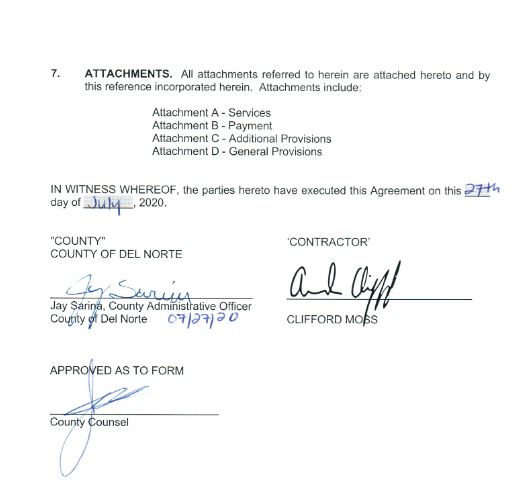 2 thoughts on “$40,000 tax dollars spent to influence your vote to increase sales tax”