6 reasons why the Democrats will lose in November 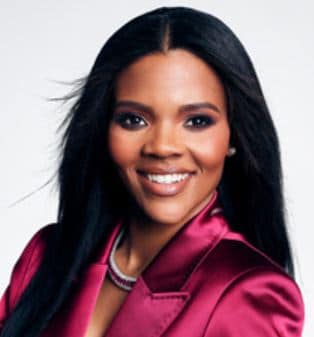 Smoke and mirrors is the best medicine for a failing presidency.

Which is why the Biden Administration — and therefore the legacy media — is focused relentlessly on the January 6th hearings.

They deem it important because their grip on the public, and the American people at large, is slipping. And attention, especially as midterm elections barrel towards us, is best directed elsewhere.

“Keep voters angry about the past,” they say.

And really, why wouldn’t you when the present is so terrible?

The reality, however, is that these things very much ARE happening. And, whether it’s fiscal or cultural, everyday Americans are experiencing them.

And since many in the media and in the Biden Administration refuse to acknowledge and take responsibility for these issues, I figured I’d list them myself.

The list will be helpful for them later in the year — when they need to understand why they lost the midterms to Republicans.

For the rich white liberal — who owns a Tesla and encourages others to own them as well — this may seem trivial.

For the everyday American, for families, and for low-income households—these numbers are very real and very taxing.

What is the Biden Administration’s response? Well, Biden recently suggested a federal holiday from the gas tax. But his response—overall—has been to blame Russia and Putin—and to encourage Americans to invest in “green energy vehicles,” i.e. a $50,000 Tesla.

To add insult to injury — California is beginning to see gas shortages. Whether the trend will continue throughout the rest of the U.S. remains to be seen.

The price-index on products has risen 8.6% since last year. In other words, because of inflation — partly caused by radical government spending — everything’s expensive.

If you’re President Joe Biden, what would you focus on? The vague “threat to Democracy” caused by Trump followers from nearly a year and a half ago, or a disastrous economic landscape? Pick your poison.

Corporations continue their self-righteous crackdown on anything that stinks of anti-establishment sentiment. They’ve done this across messaging and pride-branded logos, not to mention in their very promotions and advertisements as well.

Many interpret this as their continued crackdown against conservatives — they are correct.

“Sav Says,” a conservative journalist and commentator, has been repeatedly banned from Twitter for her coverage of Pride Month. And we’ve seen multiple examples of this over the years. President Donald Trump is still banned from Twitter.

It gets worse. They’re coming for anti-establishment wallets as well. As covered by Matt Taibbi — Colin Wright, one of the few biologists to still publicly endorse “biological sex,” was recently banned from completing transactions on PayPal and selling merchandise on Etsy.

The legacy media, and the Biden Administration, is savvy — they advocate for these deplatforming campaigns and policies, but they keep their machinations out of the news cycle.

Yet the Biden Administration and the legacy media do nothing to stop it. Rather, they support it, while covering up and distracting from any dissenters.

“What is a Woman?,” available exclusively on The Daily Wire, is presently one of the most popular streaming movies on the internet. Yet mainstream criticism of it is nowhere to be found. The media ignored it. Why?

Fairfax County School Board covered up a sexual assault by a transgender in the girl’s bathroom. The legacy media ignored it, and even demonized the father of the nine-year old who was raped.

Consider several lawsuits, one of them known as “Chandler,” relating to prison policies in more progressive states, which allow men who say they’re “transgender” to move to the women’s sleeping corridors. The lawsuits? They involve rape of several women by those “transgender” men.

Where is the coverage from the Biden Administration? Where are the “journalists,” worried about social reform and justice?

You know the answer — they’re covering the January 6th Hearing.

mRNA vaccines have been greenlit by the FDA for use on children under six months.

As Florida Governor Ron DeSantis rightfully pointed out — the trials for these vaccines are scarce. The data to support their use is scarce. But the Biden Administration encourages it regardless.

Are Americans worried about the continued coercion which the federal government uses against its citizens, especially in regards to vaccines and “public health?” Yes.

Are Americans worried about these same FDA-approved vaccines becoming mandatory for children in schools? Yes.

Will the legacy media accurately and fairly cover it? No.

And will the Biden Administration do something to better vet these vaccines? No—of course not.

The “smoke and mirrors” is more difficult to see here — but it’s there nonetheless.

Leftwing politicians — especially the more moderate ones—often only refer to abortion as a “reproductive rights” issue.

They talk about women’s health. They shift conversation — especially with Roe v. Wade being reversed—towards “gay marriage” and “LGBTQ rights.”

In other words, they shift attention away from the problem at hand, which is the legal murder of children.

They know murdering children isn’t popular with the American people. So, they distract with discussions of issues vaguely connected to the conversation.

They’d rather focus the public on potential danger to “civil rights” and “LGBTQ rights” — which has no real bearing on reality.

The list keeps going. And if you’d like to dive further into these topics, then subscribe to The Daily Wire, and tune in for my Tuesday night show where I go more in-depth.

Because someone has to.

To be clear — I don’t think the “smoke and mirrors” tactic is working. For reference — Joe Biden falling off his bike was searched far more than anything that had to do with the January 6th riots.

In other words — the American people are sick of the diversions.

Let’s talk about reality. Let’s talk about solutions. Let’s be honest about our situations. And let’s elect politicians who don’t follow the same tired, old, and dishonest tactics.