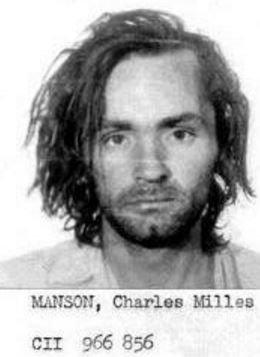 For 45 years, cult leader, Charles Manson (occupation:  murderer) who side stepped the death penalty when The US Supreme Court ruling temporarily banned the California death penalty in 1972.  After having his death sentence commuted to life in prison because Manson was convicted for orchestrating the murders of pregnant actress, Sharon Tate, and others, he has been the guest of taxpayers in a variety of prisons: In March 1997 he was charged with “conspiracy to distribute narcotics” and transferred to Pelican Bay State Prison then spent only 14 months there.  Other prisons who have housed the notorious Manson are Vacaville, San Quentin, and currently at Corcoran near Bakersfield.  He is not known for being a model prisoner.

Now 82 years old and suffering earlier this month from severe health problems, some say he was near death. Here’s the question.  How much have his health costs run in the 45 years in prison?  And, in general, are prisoners getting better health treatment than those of us that live a life of freedom?  Then what about the hospitals that treat these prisoners?  Are the hospitals making a financial killing?

The first 32 years of his life was spent in jails, prisons and institutions. He has three biological children and one that claims Manson is his father but DNA tests have been inconclusive. One son committed suicide.  The location of the other two is unknown.

According to a New York Post update on January 25th, Manson has a ghost-like pallor to his skin but seems well, stronger and eating an avocado instead of his customary Doritos and Reese’s Peanut Butter Cups for a snack.