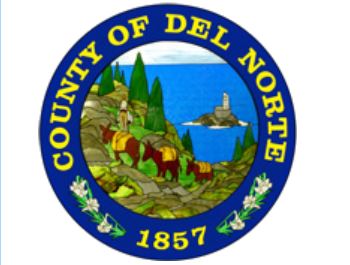 Are new faces coming to the Del Norte County Board of Supervisors? Very likely.

With the departure of Gerry Hemmingsen, a significant bully influence will be exiting the Flynn Center. Refreshing and hopeful!

In District Four, candidates Joey Borges and Patty Adams will face off to see who takes the Oath, January  2.

Borges won the Primary with a 46.2 percent voter approval to Adams 25.2.  Adams faces a long hike up a steep trail.

In District 5, three-term Sheriff Dean Wilson matches up against Gov. Gavin Newsom-appointed Susan Masten to fill the balance of recently-passed away Bob Berkowitz’ term, which sunsets at the end of 2024.  Sheriff Wilson prevailed in the Primary with a 41 plus percent vote margin (125 vote advantage) to Masten’s 31.3 percent approval. Party affiliation may also be a factor. Republicans outnumber Democrats almost two-to-one in District Five.

The question lingers whether the political interference of Gavin Newsom has hurt (or helped) candidate Masten who had already filed papers to run for the remainder of the Berkowitz term. The unpopular Governor has never won a Del Norte County election and his appointment of Masten to incumbency may have compromised her chances of winning the supervisor position. One thing about Del Norters; they don’t like to be told how to vote and certainly by a less than popular Govenor. The jury’s still out on Newsom’s manicured thumbnail on this election.

Each of the candidates were asked three questions:

• What’s your vision for the County?

• What are your priorities in your first 90 days after taking your Oath?

• What’s your position (support or repeal) on the Measure U sales tax?

Joey Borges is running because he sees quality of life heading in the wrong direction. The  entrepreneur/ excavation contractor hopes to improve the quality of life for Del Norters and their families. Says Borges, “ There’s too much at stake in Del Norte. Inflation and taxes are crippling folks.  I’m going to do everything in my power and influence to improve quality of life in District Four and across Del Norte County. We must keep our dollars in our community. “ When asked about his first 90 days, Borges reminded me that period of time only covers six meetings. He asked if he could share his transition over a six month period. “ I’ve a steep learning curve to climb abut I’m especially concerned about the discussion-less Consent Agenda. The Board needs to take a closer look at these automatic approvals and examine the greater good (or lack of ) for some of these pass-through State funds.” Candidate Borges observes higher taxes burdening the public. “ Look at the price of fuel and its impact on grocery prices. Outrageous and unsustainable! ”

Candidate Borges says he’ll vote YES on Measure U, and repeal the higher County sales tax. Borges says, “ We must live within our means. “

Joey Borges does not come across as a politician. His responses are crisp and direct; that’s a rare quality in a candidate. His commitment to youth sports as a coach and mentor are admirable and commendable. The world of local politics is often topsy-turvy and sometimes unpredictable. Borges is a quick learner and possesses excellent people skills.

Patty Adams identifies herself as transparent and responsive.  Adams’ vision is to bring guidance and support for a healthy, safe, sustainable future. Says Adams, “ I will research topics and orient myself with the other Supervisors (in) on-going issues. I will network, poll constituents and other Supervisors. I will make informed decisions on concerns and issues.” Adams equates the recent increase in the sales tax, (which was not the question asked), and rejects any new taxes. She will vote NO on repealing the 1 percent sales tax Measure U. Adams no vote will contribute to keep in place the existing higher 8.25 percent County sales tax for fear its repeal will mean a loss of (government) jobs.

Without acting in a capacity as the candidate’s public relations agent, I share my experience as a supervisor and Ms. Adams’ perception of California government reality. All Supervisors, like the public, may view the Agenda on Friday afternoon,  72 hours before the Tuesday meeting. One may have just the week-end and Monday to conduct any research. Embracing the razor-thin passage of Measure R and its $1.795 Million boost to the General Fund with only a 50% allocation of funding is transparently dishonest.  The polling of constituents is also dangerous. Is there a science to her polling? Each constituent renders a different opinion. There are scores of decisions to be made. the Consent Agenda alone may have as many as 30 items. Ms. Adams needs to be a leader and become informed expediently if she plans to effectuate her vision.  I might suggest candidate Adams study the Brown Act on conducting any polling of Supervisors, unless it’s during a Public Meeting. Adams less than candid answer on the Measure U issue is disturbing. The Measure R increase passed on the narrowest of margin. To equate Measure R tax as an established tax is cunning and disingenuous.

Sheriff Dean Wilson’s vision is to help solve problems, not just in District Five but County-wide. Candidate Wilson identifies the challenges: The spiked rate of all crime, homeless population, roads access and unfilled labor needs. Wilson underscores Klamath’s lack of access to food, medicine and law enforcement.  He states,  “ I see trouble on the horizon in our Country with inflation and rising interest rates and predicts conditions will worsen. We must prepare and plan ahead in dealing with these conditions. We must look to one another, not to government. “

Wilson sees his first 90 days in Office in working with his colleague Supervisors in developing a strategy to successfully navigate troubling times ahead. Sheriff Wilson plans to vote YES on U. He concludes, “ The  County needs to work within its budget.”

Dean Wilson’s 35 years in law enforcement taught him well.  Del Norte must be prepared for some dark days ahead. Candidate Wilson is a natural leader and displays rare wisdom not often seen in local government. Wilson’s self-reliant display of independence is noteworthy. The retired Sheriff’s ability to work with colleague Supervisors will be essential in weathering some turbulent times ahead. Dean Wilson has the talent and skillset to represent District Five and Del Norte County.

Appointed Supervisor candidate Sue Masten’s vision is to secure more grants and public resources into Del Norte County.  States Masten, “These resources will support our State and National Parks, increase recreation opportunities and will bring in more tourism and foster economic growth.”  Since candidate Masten was appointed by the Governor, she’s already experienced her first 90 days and vows to continue building upon partnerships and coalitions already established.   Fifth District candidate Masten will vote NO on Measure U, keeping the Sales tax 13.4 percent higher than two years ago. Masten cites her concerns for public safety,  emergency services and Code Enforcement.

The flowery words of pure politician Susan Masten deny the reality of what Del Norte is today: a County addicted to dependency The heavy reliance on grants and State / Federal assistance comes with lots of puppet strings attached and continued reliance on Sacramento and Washington will NOT bring wealth to Del Norte County. It will bring more dependency and less prosperity. What the appointed Supervisor is not telling you is the not-so-holy alliance with the Newsom machine, the role she played in being appointed, the sale of her Steelhead Lodge business to the State and the ultimate conversion of the property into one of Sen. Mike McGuire’s Operation Homekey projects for housing the so-called homeless into Klamath Glen with zero support services on site.  Susan Masten needs to explain her role in benefiting from a $600,000 plus windfall on the sale of the Steelhead, from this unholy alliance. Is her appointment a glaring example of Quid Pro Quo?  These lingering questions may doom Masten’s quest.

As many of you readers understand. I write directly and often times bluntly. No apologies proffered.  Last week. A candidate for Harbor Commission alleged libel charges against me for reporting a factual statement about the candidate’s admitted loss of $25,000 of public funds. Truth is not libel. As a result of my correct reporting, the candidate was quite upset with my disclosure. Candidate Masten has also been subject to a fair amount of critique. Candidate Masten had been respectful, civil and dare I say charming in all of our interactions. Clearly, candidate Masten and I do not see the County the same way but does she have the quality of aplomb? Indeed. She displays great poise as a candidate. I appreciate the candidate’s candor.