A Year Now And How Has The Legacy Fared? 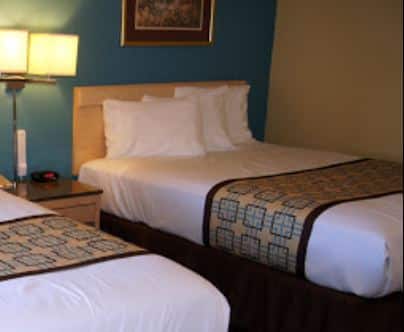 Most in this community are unaware that Del Norte County’s foray into
temporary housing for the homeless has passed its first year of
existence.  So, how is that going?  Princess Heather Snow, as we must
refer to her due to her lofty status in Del Norte County, recently gave
us a snap shot of how the program is going and what direction it is
headed.  Originally the purchase of the Coastal Inns and Suites, by
Princess Snow for $1.9 million was to be Del Norte County’s entrance
into the State’s Project Roomkey, meant to provide temporary housing for
the County’s homeless.  Since then it has evolved more into permanent
housing despite the fact that none of the rooms at the Coastal Inns and
Suites, now renamed The Legacy, how cute, have the necessary kitchens
required to exist if the Legacy can be used as permanent housing under
the State’s guidelines.

So, how does that work here in the backwoods of Northern California,
where Princess Snow can change the rules with a mighty wave of her magic
wand.  Temporary housing which isn’t “temporary”.  Permanent housing
which isn’t qualified to be permanent housing without kitchens.  So how
does this program work exactly.  Is the County going to be on the hook
to pay the $2.4 million back to the State if they tumble to Princess
Snow’s deceit?  Does the County have enough left in the pot of State
money to hire staff, don’t forget the “housing services manager, and the
behavioral health specialist” at no doubt a nice six figure salary for
each.  This leaves a pretty slim pot to be building thirty kitchens and
a laundry room for the Legacy to transition into permanent housing for
the homeless.  Then what becomes of the other 400 to 500 homeless that
currently roam Del Norte County’s roads and streets?

Thirty seven temporarily housed for millions of dollars and the majority
remain unhoused.  Great math there Princess Snow.  Seems to follow along
with the State’s rather anemic efforts to house one quarter of the
entire United State’s homeless population which exist solely in
California.  Naturally there are a few unanswered questions that
Princess Snow seemed to have trouble with, like why is it that the
Crescent City Police manage to make a call two days out of three at the
Legacy?  Why has the “housing services specialist” had to administer
Narcan?  Why are local businesses in the area complaining of a up tick
in theft?  What is this about increased drug activity associated with
the Legacy’s tenants?

Of course the Board of Supervisors who approved this train wreck after
being clearly warned that this was a bad idea, voted 5-0 to purchase the
motel.  Now what?  When the money runs out, who is going to pay to
continue this mess.  Princess Snow has alluded to the notion that
permanent tenants could access housing vouches from the  U.S. Department
of Housing and Urban Development.  Oh goody, more tax payer money to be
flushed down the Legacy toilets.  For those that are unaware of HUD
vouchers and what they represent, they normally pay a substantial
portion of the rent for those who have the voucher.  So now we get the
taxpayer paying the taxpayer for allowing the County’s homeless to be
permanently housed in a project the was touted to be nothing more than
“Temporary” housing for the homeless.  Princess Snow as usual didn’t do
her home work and shortly the County’s residents will be paying the bill.

The Board of Supervisor’s in what has become an all too familiar mode of
operation continues to depend on the incapable to reach decisions that
cost locals entirely too much money, then go begging hat in hand for
more money.  It is unfortunate that more Del Norte County residents do
not recognize this all to familiar pattern and boot out those
responsible for these continued adventures by the current Supervisors.
Seems like two, Chris Howard and Gerry Hemmingsen are up for re election
in the fall of 2022.  Time for a change for maybe some smarter people on
the Board of Supervisors?  Or at least some that ask a few questions
before blindly okaying stupid spending.