According To Commissioner Stone, Monterey Bay Is relocating to the Crescent City Harbor 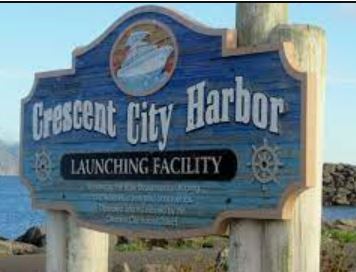 One would think that Commissioner Brian Stone doesn’t understand that he
is no longer the President of the Harbor Commission nor its
spokesperson.  He is but one of four other Commissioners where Rick
Shepherd is the current President of the Commission.  Yet, Commissioner
Stone seems unable to refrain from prattling on about what appears to be
his vision of the harbor’s future to any one who will listen.  Clearly
he has a great deal of difficulty listening to any one else but
himself.  Recently he has been rather loquacious about his vision for
the Crescent City Harbor, Commercial fishermen not required.  Besides
fill in that pesky boat basin, dismantle Citizen’s Dock, and do away
with all the Fishing related businesses to make room for Crescent City’s
version of the Santa Cruz Board Walk.  More money to be had, at least
according to the man with “Sucker” emblazoned in red on his forehead.

Let’s see now, $2 to $2.5 million to pay the Harbor back $280K for the
slightly under funded Solar Project, move 86 tenants, spruce up and
landscape an RV Park, purchase an unknown amount of Airstream  trailers
at $100K to $168K each, pay for additional improvements for them, plus
an unknown number of “Luxury Cabins” at $80K  to $150K, conduct an
advertising campaign, staff the development, pay for the utilities, add
EV charging stations, need the list continue…  As was mentioned in an
earlier article in the CCTimes, Alex Lemus is selling slick to the
bumpkins in the harbor who see nothing but dollar signs.

How can the Harbor possibly have grossed nearly $800K from the two RV
parks and only have $100K to show for it?  According to Stone and the
Harbor Master Tim Petrick this is a marvelous accomplishment considering
it netted a stupendous $30K beyond what the harbor received when the
parks were privately leased and not a harbor maintenance headache.
Moving into general Disneyland theatrics. Stone can already see Hotels,
tourist shops, a convenience store, five star restaurants and all the
entertainment featured at a Southern California board walk.  My Ooh My!
When will the current tenants be given their walking papers to move
out.  Can’t have the usual commercial fishing clutter embarrassing the
Haute  Couture of the High Rollers flocking to Commissioner Stone’s
extravaganza.  Fashion Blacksmith be prepared to move back to your
former digs on Parkway, you are no longer welcome in Stone’s World.

It is fascinating to watch this clown car putting around the Harbor and
no one seems to be behind the wheel.  $30 to $40 million dollars in
infrastructure repairs or replacements, a huge loan to be repaid, a
declining fishing industry, and a climate that is exceptionally
corrosive, yet what is the news of the day? The Bobsey Twins and a
huckster from Florida are going to revamp the harbor into a copy of
Monterey Bay.  And besides, according to Harbor Master Petrick, a
massive amount of development money for a lengthening list of “other
projects” just waiting in the wings is perched in “the not-terribly
distant future arena.  A qualifier here, Petrick did admit that all of
these “other” projects are in a holding pattern waiting to see if
Renewable Energy Capital crashes and burns before they commit.  A wise
move on their part. In the meantime the Harbor Commission’s mouthpiece,
Stone, continues to dream big dreams.  One can only hope that saner
heads will emerge, for certainly it won’t come from either Commissioner
Stone or the current Harbor Master Tim Petrick.