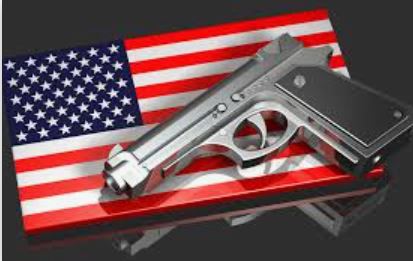 American Civil Liberties Union. Founded in 1920 “to defend and preserve the individual rights and liberties guaranteed to every person in this country by the Constitution and laws of the United States”.

According to their website, “The ACLU has been at the center of nearly every major civil liberties battle in the U.S. for over 100 years.”

Their founder, Roger Baldwin, was a pacifist and conscientious objector that was opposed to America’s involvement in World War I. Because he would not register for the draft, he spent a year in prison.

In 1925, the ACLU financed a test case called the SCOPES “MONKEY” TRIAL best depicted in the movie, Inherit the Wind. At issue was a Tennessee high school teacher, John Scopes, who agreed to be tried for violating an act that said it was unlawful to teach evolution. Now here’s where it gets interesting. He coached three students to testify against him at the Grand Jury. Brought in to prosecute was orator, fundamentalist Christian, William Jennings Bryan who had not tried a case in 36 years. For the defense. agnostic, Clarence Darrow. Scopes was found guilty and fined $100.

Defending the rights of pregnant women to get an abortion, but not defending the rights of the preborn from wholesale murder. Which brings to mind Roe v Wade. Another test case brought before the Supreme Court in 1973. Norma Leah Nelson McCorvey. She had three children and gave them all up. She wanted to get an abortion during her 3rd pregnancy, but instead became the “ROE” in the class action lawsuit in Roe v Wade. She had a very checkered past with drug and alcohol problems, being sexually assaulted, being with men, being a lesbian, turning to religion and becoming a Catholic. She ran the gamut from activist for abortion to activist for pro-life. When I saw an interview, she said she was used in the class action. Before she died, she said she was used in the pro-life groups.

Stating all of the above to get to this point in recent news published in American Military News. Their article is at https://amn.gs/3iXsAjV.

To which firearms reporter and founder of “The Reload” website Stephen Gutowski replied on Twitter, “The ACLU had a good run as a civil rights organization but it’s hard to see it as anything other than a leftist identity group now. They’re even willing to lie about a civil right for cheap likes from their core demo.”

Another Twitter comment, “Black Americans have the same rights as any other Americans, including the rights guaranteed by the Second Amendment. Any ulterior motives the authors of the Bill of Rights may have had are irrelevant to the legal rights guaranteed to all today.

The ACLU has accomplished a lot for women’s rights and equality over the last 80 years. But in my opinion, their stance of anti-blackness and gun rights is going overboard. Read their article and see what you think. https://amn.gs/3iXsAjV.