AMERICA: Not The First Time For Troubled Waters 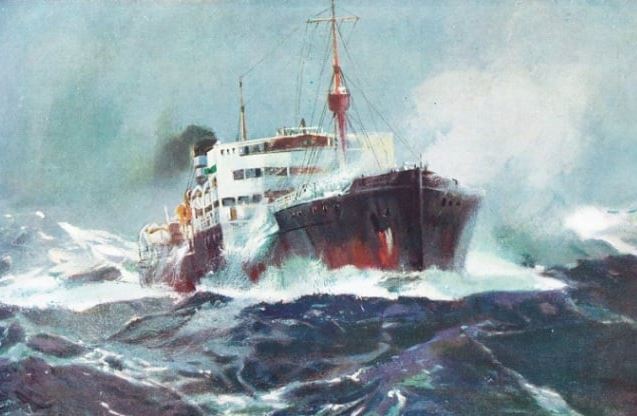 America’s ship is in troubled waters. It wouldn’t be the first time our Magnificent Lady is facing some daunting if not severe negative dynamics beginning Wednesday.

I’m one of those 74,000,000 Trump’s voters who Hillary Clinton labeled as deplorable. My opinion of President Trump is hands-down, Trump is the greatest president in my lifetime; yes, even superior to President Reagan. Trump’s accomplishments over the last 48 months has been nothing short of phenomenal. President Trump brought China to its knees and its quest to destroy the American economy. the Covid 19 virus was introduced by the Chinese, conveniently a year before the Election. The President moved the American Embassy in Israel to Jerusalem, promised and delivered to stop illegal immigration by building almost 500 miles of the Wall, reformed criminal justice and its flawed penal system, pulled America from the Paris Accords and the fraudulent argument on climate control. In short, He threw a monkey wrench into the corrupt political machine supported by both parties. I will miss him and pray that he will run again in 2024.

Our Ship is in store for some very rough seas over the next two years, and possibly the next four years. Biden /Harris are toxic, incompetent, dangerous and without scruples. America’s future is in grave danger of extinction.

Many years ago, some of you may remember when I was running for Supervisor in 2012. I wrote the Democratic Party had devolved to be a Party of moochers, leeches and victims. I stand by that statement. Matters have worsened over the last eight years as Sacramento has strengthened its stranglehold on the State and Del Norte County.

The Democrats control the House, the Senate and the Executive Branch. What makes America’s peril far worse than previous crises is the role of the media, mainstream and social meeting. Trump accomplished his incredible achievements despite a vile and dishonest press and the mega-monsters who control Twitter, Facebook, etc… Sadly the social media is eliminating free speech with zero opposition by government. Save the Supreme Court, there is no firewall. Checks and balances is dead.

Biden will be President, Wednesday, January 20. And with that onerous event, Bidden will sign several Executive Orders essentially undoing the Trump impact; but not his legacy.

The Press attributes the recent invasion of the Capitol; on Trump patriots. More fake news.

A N T I F A , like a noxious parasite piggybacked on the peaceful demonstration in DC, with violence and destruction. Nonsense. A dishonest press and lots of sheeple swallowed the bait, hook, line and sinker. Stupid!

Sadly, our own Sheriff Apperson took the bait, also. On the local news, last Friday, the Sheriff told the public, Del Norte County will be prepared for any violence that may occur on Inauguration Day. Where was the Sheriff when Antifia and BLM were tearing up Portland and Seattle, some weeks back. We tried to back our law enforcement with the statement, ” Law Enforcement is under Siege” as part of a Resolution of Support, and Chairman Hemmingsen didn’t like it and unilaterally removed the Statement. Hemmingsen needs to resign.

America’s ship is in trouble, make no mistake.

To you 74 Million “Deplorables, ” I stand with you. To those corrupt and vicious enemies who spied on Trump from day one and fixed this 2020 election, You will not prevail.

One thought on “AMERICA: Not The First Time For Troubled Waters”