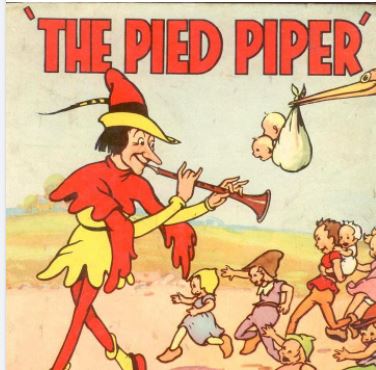 Our travels across the country show us a truly beautiful view of America… but not everywhere.

Here are some of my observations:

As we traveled from the Golden State to our destination in Arkansas for Thanksgiving, Angie and I visited Texas, Oklahoma and of course, Russellville, Arkansas where we observed a much different America than my home California.

New Mexico was a big disappointment !!

The Land of Enchantment wasn’t so enchanting with strict Mask Up policy, no shortage of homeless and beggars in NM’s largest City, Albuquerque and a big spike in fuel costs like our Golden State. Candidly, the City reminded me of a deteriorating Los Angeles. Those of you folks pondering a visit and possible relocation to New Mexico, you might want to re-think that move.

My message to BLUE Governor Michelle Lujan Grisham and Albuquerque BLUE Mayor Tim Keller is clear: Change your misguided Pied Piper direction in following the misguided Golden State. Vagrancy conditions were commonplace all along I-40 through Gallup where I experienced a so-called homeless man tending to his bloodless wounds from an earlier altercation, in the men’s room at the Cracker Barrel in Gallup. This bold chap attempted to garner some sympathy, attempted to panhandle me for an Alexander Hamilton. I politely declined. Upon my exit, I reported the incident to the local manager/hostess who stared at me with “crickets:”

Along I-40 through Arizona nary a beggar was observed in RED Flagstaff. Our route took us north to Las Vegas and Clark County where ALL must adhere to a strict Covid 19 Pied Piper Masking protocol. I always ask lots of questions to those who follow these misguided mandates, including police and other local government officials. I’m told the so-called homeless are predominantly local. FALSE. If that were true, where are all these so-called homeless individuals in Texas (excepting BLUE Austin), Arkansas and Oklahoma? Those who live this lifestyle are very mobile and move where conditions are welcoming from local government. New Mexico is California-esq in welcoming those who bring nothing to the table except a myriad of problems and providing no viable solutions.

Sadly, the Del Norte County Department of Health and Human Services pathetically follows a misguided Sacramento and squanders millions $ (locally) and billions $ ( State-wide) of your taxes on feebly trying to help those in need while observing a complete failure in its Mission, and standing by as more of those ” in need” move to our poor County. A moribund Del Norte County Board of Supervisors, Crescent City Council, a soon-to-be former and hopelessly BLUE Sen. McGuire and Assembly member Wood who will be re-aligned to peddle and pander their politics elsewhere, while serving to further deteriorate the Districts each represents, respectively.

Our local elected remain pathetically quiet in the midst of dire circumstances within their constituencies.

4 thoughts on “America The Beautiful?”