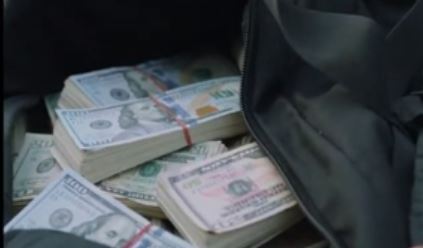 You can’t go to the movie theatre since Crescent City Cinema in the Safeway shopping center is temporarily closed. You’re sick and tired of the news, along with reading, cooking and cleaning. What to do? Rent a movie. Here’s one we can recommend: Honest Thief.

Liam Neesom stars as Tom Dolan called the “In and Out Bandit”, a label he hates, in Honest Thief having stolen $9 million successfully from 12 banks in seven states. He has the cash in boxes at a storage facility and he wants to give it back. Who does he call? The FBI.

Tell me this is a story line you’ve heard before, because I never have.

While it doesn’t have the intensity of a Vin Diesel movie in his “Fast (and Furious)” franchise, Honest Thief has heart and enough action and twists and turns to keep you watching.

Good to see Jeffrey Donovan (Burn Notice) along with Robert Patrick (who can forget his role as T-1000 in Terminator 2?) give interest to the film as FBI agents, in particular Donovan’s character Sean Meyer, with his ex-‘s dog, Tazzie.

Australian born, Jai Courtney, plays John Nivens, the FBI agent that has gone rogue. Jai has been acting for the past 15 years and while he executed a lot of truly egregious things in Honest Thief, it seemed his character needed a little more flushing out. Even so, in real life, one can only hope that today’s FBI does more back ground checking on their recruits.

This movie doesn’t rely on special effects, but action scenes that are very realistic. Liam Neesom, a consistently good actor, doesn’t disappoint. Kate Walsh’s character plays Annie Wilkins, his love interest. She’s a feisty female that will not go down without a fight. Refreshing compared to the “I can’t defend myself” mentality of women pre WWII who were relegated to roles as wife, mother, lover, and nurse. By the end of the 1920’s and through the ’30’s and ’40’s almost 80% of movie audiences were women. Movies have been great motivators in teaching women what is possible.

Despite it’s minor flaws, this movie has humor and good action. Renting a movie from Red Box for under $2.00 a night is a pleasant way to spend 90 minutes. Throw some popcorn in the microwave and enjoy Honest Thief.