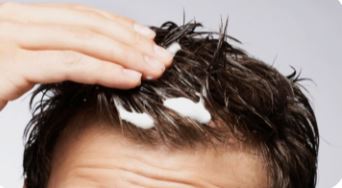 Governor Newsom would have spent his time better by actually going to
the dog and pony show in Glasgow for all the good he did while pining
away in California for that missed opportunity to say something or even
do something equally foolish as he has done here in California.
Naturally his mental acuity doesn’t have much further to decline based
on his performance thus far as California’s governor.  His latest foray
into absolute idiocy comes as a result of his die hard adherence to the
Climate Alarmism Doctrine he seems ready and able to throw out as an
explanation for his failures.

Most Americans, particularly those in the State of California are well
aware of the empty looking shelves at our local stores, excepting
perhaps Walmart.  Similarly, the “problem” for those empty shelves has
been laid at the feet of the Ports of Long Beach and the City of Los
Angeles.  Nothing like an easy defenseless target.  Both ports represent
about 40% of the international trade that comes into this Country on
foreign container ships.  In an earlier article in the Crescent City Times, the
piles of shipping containers already waiting for truck or rail transport
to carry them away from the two ports was noted and the explanation for
the lack there of was duly assigned to Hair Gel’s CARB regulations and
AB 5.

Additional problems were created by Pandemic mandates for City
longshoremen as the unionized labor force requires vaccination that many
workers are reluctant to receive, compliments once again to the State’s
leader.  So much for 24/7 at either port.  Bad enough drivers are made
to cross California off the list as a destination for their trucks, but
to further make their trucks either unable to be operated in the State,
or make conforming far too expensive.  Just waiting for drivers and
their trucks already in California to head for the hills.   Nice job
Hair Gel, gotta keep the Greta zombies happy (referring to 18 year old

Newsom could have relaxed restrictions on diesel powered trucks, or
allowed truck drivers to remain independent contractors, but, no, $280
billion for infrastructure projects for the port at Oakland and a
further $1.3 billion for zero emission trucks, transit buses, and school
buses, including the deployment of more than 1,000 trucks.  Unless he is
planning on cardboard cut-outs to fill the need for trucks, he may just
have to wait awhile for the technology to catch up.  Currently there are
250 zero emission trucks in the entire state that qualify as commercial
carriers. None have a range of over 250 miles on a perfect day before
needing a lengthy recharge.  Not much long haul about it.  Current
developers think they may be able to help Hair Gel out…..in 2035.  So
much for expediting anything.

In typical Newsom fashion his environmental masters allow him to easily
be led astray, unfortunately he does not realize his leash is not off
and the mistakes keep piling up, as will containers in both Long Beach
and Los Angles. His reliance on Climate Change Alarmism will not fill
the shelves of local stores any time soon. As more and more drivers with
their trucks refuse to come to California, the situation will only get
worse.  Simple regulation suspension could be an easy fix, but Governor
Empty Suit is to busy making hair appointments to consider the plight of
California’s citizens.