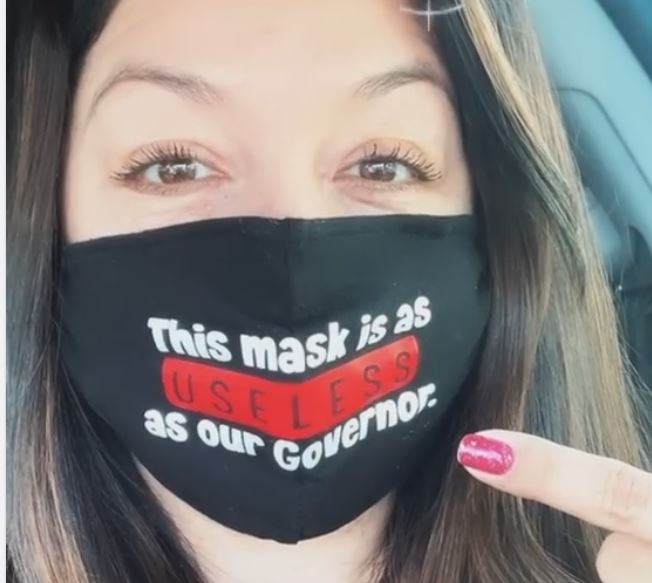 It is amazing to be able to walk around town now and see all the mask
free smiling faces.  It is almost as if a huge weight has been lifted
off the shoulders of those that no longer feel compelled to wear a face
mask.  It is less so reassuring for those that continue to be trapped in
a mire of political science and propaganda, fearful, and a bit angry at
those that have freed themselves.   They continue to look out over the
brims of their face mask, virtuous, yet still frightened of the changing
world around them.  It is a sad world where the mask wearers continue to
resist the real science that has stated unequivocally through a growing
list of studies that mask wearing is not an effective preventative of
either transmission or infection from viruses of any kind.

States in this Country have found that neither mask wearing nor mRNA
jabs, “Vaccines”, or gene therapies, what ever you wish to call them,
have any measurable chance of preventing Covid-19 from infecting you.
As recently as this past week, South Korea and China, two Countries that
have endured the two plus years of the pandemic, have over 90%
compliance of their populations with both mask wearing and “vaccination”
yet these measures have failed to halt the progress of Covid.  South
Korea, a country of 50 million people, is in the midst of their largest
out-break of the virus, on a path to over take the US in overall
infections.  Nearly seven hundred thousand new infections in one day
this past week. China is set to resume lockdowns that continue to fail
to prevent several surges since vaccination levels exceeded 90% within
its borders.  As much as “the narrative” has failed in those countries
and others around the world the “political science” continues to enslave
a substantial portion of this Country’s population.

The control factor exercised over the past two years no longer hides
behind the failure of the policies established to “fight the virus”, but
merely threatens and expects full compliance in Countries like China and
South Korea and certain States here in the US.  We live in such a State
where our “empty suit” governor revels in his emergency powers, not
because he can continue to “claim” he is saving us, he can’t, but
because he knows enough Californians have been “brain washed” over the
past two years that compulsion will force them back into line.  That is
if they have even left it in the first place.

It appears it will be sometime in the future where the fear factor of
those that continue to dutifully line up for endless boosters, while
still wearing that pointless mask.  It remains a mystery just how, in
this Country, that this could happen to so many.    In South Korea,
where mask wearing was more common prepandemic it is not such a mystery,
that near full compliance was a relatively easy task.  Many of the
countries of eastern Asia have long adopted the use of face coverings
primarily for use against odorous smells, smoke and air pollution.
These are conditions that rarely exist in the United States.  Hence;  it
remains a mystery why face coverings continue to adorn faces for no
clear purpose but in the feverishly fear induced minds of a portion of
the public.  It becomes ever more important for the many that have not
bought into the Covid porn to resist any hint of returning to the
insanity of the past two years.  It is only when the control monsters
have been chased from the scene, that we can fully return to normal.

Dr. Anthony Fauci, by all rights should be prosecuted and sent to jail
along with the thousands of co-conspirators that have plagued this
Country for two years.  Our local contributors to the panic should at
the very least be fired and sent packing.  The final nail in the coffin
of Covid porn has been hammered home and the coffin buried along with
all the “misinformation”……The task that remains is the removal of
those that have anointed themselves with powers they do not deserve nor
are capable of competently wielding them.  This will be a difficult task
as so many have entrenched themselves in two years of misinformation,
loathed to be responsible and return to the surface of the real, mask
free world where vaccination returns to being a personal choice…….