And What About The Parents? 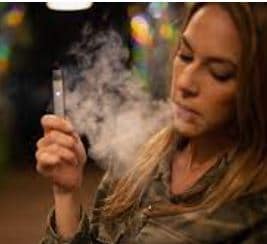 In order to truly finish the conversation about why government shouldn’t
be quite so eager to legislate the vagaries of childhood misbehavior and
allow that child to learn how to make decisions, good or bad, one should
also consider the effect it has on the ability of the parent in the
equation to also learn how to become a “parent”.  What I am referring
to, in case my readers have not read my comments in the article, the
“5-0 Club” found previously in the CCTimes, is surrounding an effort by
our local Board of Supervisors, Supervisor Valerie Starkey, in
particular, to provide corrective measures via ordinance regarding the
escalation of the use of vaping products by our youth in Del Norte County.

Aside from the obvious problems with Supervisor Starkey’s misguided
efforts to “protect children”, local small businesses already suffer
from a number of disparities brought about by local government, Measure
“R” being one of them, when in competition for dollars with our neighbor
to the North.  Additional ordinances in the form of a vaping products
ban simply send more dollars to Brookings and do absolutely nothing to
change the dynamic of teenage vaping.  Clearly Ms. Starkey would do well
to listen to her fellow Supervisor, Darren Short, when he said quite
clearly that teenage “vapers” do not shop in local businesses, but gain
their supply from other sources.  Thus a “ban” on sales would serve no
purpose to curb teenage vaping in the County.

That;  however, is beside the point, which is, how are our youth going
to learn to make decisions if the powers to be, are ever increasing
their efforts to make decisions for them?  When will youth everywhere
emerge from the growing helicopter umbrella of local government always
citing the same mantra, “its for the children’s own good”.  When will
children ever be allowed to “grow up”?  In Supervisor Starkey’s rather
bleak world, maybe never.  At some point the youth, at least in this
area, should be allowed to make their mistakes in the hope that better
decision making will emerge as a result and an adult with decision
making skills would be in their future.

While Supervisor Chris Howard was at a loss to justify this particular
form of government overreach, he clearly was of the mind that societal
issues were at the heart of why this ordinance might be positive.  In
doing so, he inadvertently opened up another form of government over
reach without realizing it.  When a parent no longer has the inclination
to provide a positive parenting example, referred to by Supervisor
Howard as “soft parenting”, at what point does the government “nanny
state” cause that scenario to develop.  Has government so over stepped
their role as doctrinaires in the lives of children as to make them
become ineffective parents?

While I can say that the zeal with which Supervisor Starkey attacks what
she “feels” is an important problem to address, has she inadvertently
caused additional problems without ever addressing what she felt would
correct the problem in the first place?  Is a local ban on vaping
products really going to change anything at all?  Has this become more
like tilting at proverbial windmills for local government, where someone
else will suffer the consequences of a rather poorly thought out course
of action? Will local government become the much despised “helicopter
mom” while at the same time make it difficult for a child to make wise
decisions in the future and ultimately make that same child an
ineffective parent for his own children?  At what point is corrective
action by a growing government “a bridge too far?” Perhaps, Ms. Starkey
and the three other members of the local Board of Supervisors need to
take a more “hands off” approach and let parenting have a chance.  It is
very clear that if the problem exists in our local schools to the extent
being proclaimed, educators need to put away their “touchy, feely hats”
and gets some parents involved with their children.  Government action
should be a last resort, that’s a parenting task.

10 thoughts on “And What About The Parents?”