Another potential sinkhole in town? UPDATE 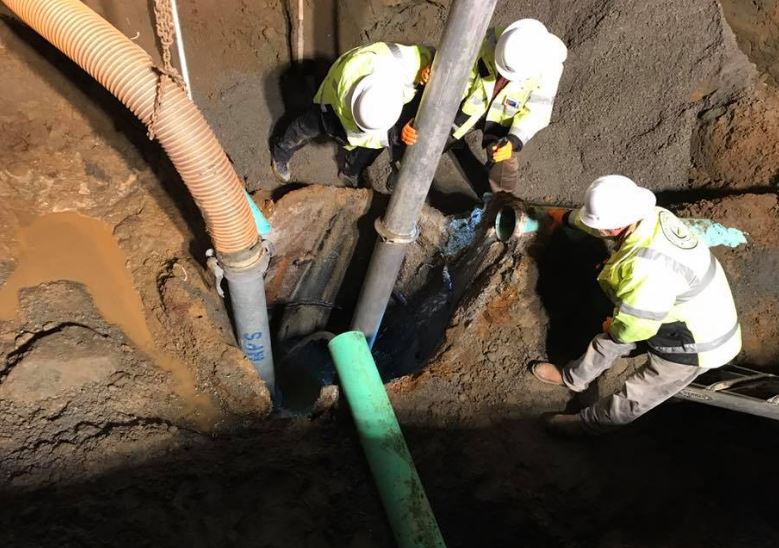 PACIFIC & MARGIE UPDATE: City crews worked late into the night on Thursday to stabilize the compromised condition of the manhole at Pacific & Margie. Although the critical issues have been addressed there is much more to be done. The remaining portion of the project requires numerous resources, including personnel and equipment, some of which must be brought in from out of the County. This is difficult to do during the holidays. Additionally, completion of the project will require a closure of Pacific Avenue for 3-5 days. Lastly, as is the case with Cooper Avenue, funding for this project is an issue. Due to these reasons this project will be on hold until the first week of January. We apologize for the inconvenience. Please avoid the area if possible and seek other routes. Thank you for your continued patience and cooperation.

Please be advised that public works crews were notified late last night of a depression in the street at Pacific and Margie. Crews secured the area and have closed Margie between Pacific and Essex. They are on scene this morning to investigate the extent of the damage. An update will be provided once more information is known. Please seek alternate routes in the meantime.