Another Study, Does Anyone Really Care? 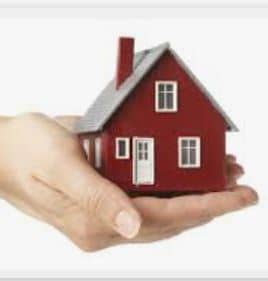 A regular occurrence at most Del Notre County Board Of Supervisor
meetings is an experience not to be missed, an expensive “study”, or
consultant’s report on some matter that has no real benefit to most of
the local community.  April 12th’s meeting was just such a case in
point.  Nearly forty minutes of meeting time spent eulogizing a “study”
that purports to represent the housing needs of Del Norte County and
Crescent City over the next eight years. How utterly fascinating.  A
comment by Supervisor Chris Howard, extolling the virtues of preparing
for future “growth in the County” by spending taxpayer dollars on a
study claiming the need for 375 new units in a County that not only has
declined in population over the past couple of years, but has close to
1300 housing units that are either vacant or only used occasionally.
Even if one were to include the needs of the City, that number already
dwarfs the overall needs of the County for the next eight years by a
factor of two and a half.  This is without building a single new
structure.  Go figure, as members of the Board certainly were not.

The jerk and tug gets deeper when the study claims that 40% of “new”
housing needs fall in the category of “low Income” housing. No one
should have to explain to the Board that low income housing on a large
scale such as 40% of nearly 600 units is the stuff of fantasy, but there
is a certainty that exists about this Board that the blindfold is never
removed, or maybe that’s where the former mouth decorations have
gravitated too.  The very concept of cheap affordable housing in
California is a non starter. Regulation, cost of materials, cost of
labor, and even the expense of land has made house construction costs
beyond the scope of a vast majority of Californians for far longer than
the next eight years.  The recent level of exodus from California and
Del Norte County should be a clue to the clueless Board.    But, No, at
least according to the wisdom offered by Supervisor Howard during the
meeting, as he visualizes a growing population for the next eight years.

How in the world can a County Board hire a firm from Sacramento, Mintier
Harrnish, that is so completely out of touch with what is going on in
the State, to think that California will “grow” over the next eight
years.  The State and local governments, with near tone deaf regularity,
have made living in the State near impossible for much of the
population.  Rising taxes and idiotic regulation have made simply
existing in the state an arduous task.   Coupled with federally induced
catastrophic inflation, Californians are fleeing to more sensible places
in the Country faster than the free flow of illegal immigration can make
up for that loss .  That flight includes those that live in Del Norte
County.

The County is indeed a beautiful place to live and work, if that remains
possible.  Housing does not appear to be an issue for at least the next
eight years, that is “If” you can afford the high cost.  Development of
property for low income housing will require a massive influx from the
state to accomplish the task at the risk of sending more Californians
towards the exits.  The report that took up forty minutes of County
Board’s time is mismanagement and misinformation of the highest order.
A refund should be required going forward.  If Community Development
Director, Heidi Kunstal, is responsible in any way for hiring this firm
and agrees with its reporting, she needs to be terminated immediately.
There not only is no common sense reasoning that can make this reporting
acceptable, but it borders on a disregard for rational thinking.

Far too often this is the “stuff” that occupies the Del Norte County
Board of Supervisors at Board meetings.  Studies and high priced
consultants galore, but nothing of real substance.  Those in the public
are tired of the constant refrain that their dwindling standard of
living must be utilized to satisfy Sacramento.  What good is a local
board if they do not have the power to make any meaningful change?  The
“State” may as well be handling the “rubber stamp”.  Honestly, what
possible use can come from this recent “housing study” that will
directly benefit anyone in the County other than Community Development
over the next eight years?  Community Development and Director Kunstal
can now rest assured that the waste of her department’s existence has
earned her another “Gold Star” from a brain dead Board of Supervisors.
Yes, Supervisors Starkey and Howard that means both of you.

4 thoughts on “Another Study, Does Anyone Really Care?”