Are you a “Dangerous Extremist?” 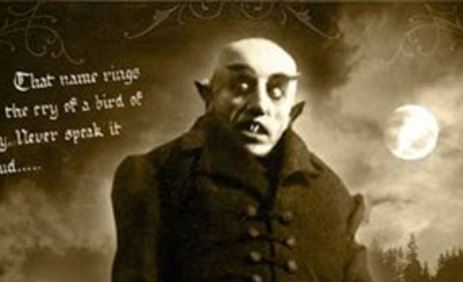 Credit to Prager University for 5 minute video: “What is Critical Race Theory?”

Do you know the definitions for all the variants of “Dangerous Extremism?” If not, you should take the time to learn, because ignorance is no excuse for breaking the law. In this case, even if a “Law” does not exist, you can still be penalized.

Since the appointment of Lloyd J. Austin III as Secretary of Defense, the Department of Defense (DoD) has been actively removing officers, soldiers and other employees from their ranks that are defined as Ethnic/Racial Extremists, Religious Extremists, and Patriot Extremists; among a host of others. Critical Race Theory indoctrination is now required for all branches and levels of the United States Military, including the Military Academies of West Point and Annapolis. Officers and Soldiers are encouraged to become informers in order to cull the uniformed services of those whose thinking is incompatible with the new moral and ethical codes of Woke Marxist Critical Race Theory.

Just in time for the Independence Day holiday, the National Education Association (NEA) voted to approve Critical Race Theory (CRT) as both appropriate mandatory for Kindergarten through 12th Grade curricula throughout the United States. If you have not taken the time to learn about Critical Race Theory, then you should, because this new Marxist religion has become the moral cornerstone for the upcoming purge of our culture and society. Critical Race Theory determines categories of “Dangerous Extremists” and the definitions which identify them.

Also in time for the 4th of July was Facebook’s “War on Dangerous Extremists.” Perhaps, if you are a user of Facebook, their new advertisements have flashed across your computer or smart-phone screen.

Have you encountered dangerous extremist content on Facebook or elsewhere on the internet? Have any of your associates, acquaintances, friends or family voiced any opinions that seem remotely extremist? Facebook wants to know!

Is there an actual “Law” against “Extremist” thinking? No, there is not. There are laws against plotting acts of violence, conspiring with others to launch an attack, making preparations to conduct such an act, and subsequently for the criminal act itself. The crime of “Toxic Thinking” which is now determined to be the foundation for “Dangerous Extremism” is based on the new moral imperatives of Marxist Critical Race Theory. Therefore, Extremism Enforcement is a form of “crime prevention;” similar to enforcers in the movie “Minority Report” making arrests BEFORE a crime has ever entered the conscious mind of the perpetrator, instead of the plotting, conspiring, preparation, or commission of a crime.

So, now our associates, co-workers, friends and family will be on the alert to inform on Extremists as defined by our Nation’s new Woke ideology. A growing number of them have attended mandatory Critical Race Theory classes and workshops that teach them precisely how to spot a Dangerous Extremist. This will be the case of children who attend public schools, public employees, public utility workers, or private industry workers whose employers receive government grants or who embrace the Woke agenda. This puts others, who have not gotten their daily dose of Critical Race Theory indoctrination, at a distinct disadvantage. In many cases, they are Dangerous Extremists and don’t even know it. However, as I pointed out earlier; ignorance is no excuse for breaking the law; even if it isn’t actually a law!

What event prompted such a crackdown on “Extremist” thinking?

According to the Biden Administration, Speaker of the House Nancy Pelosi and Senate Majority Leader Chuck Schumer and every mainstream media mouthpiece, January 6th, 2021 was a day of infamy that will echo throughout the history of this county and become a rallying cry to cleanse our nation of extremist unclean thoughts. To this end, the FBI has arrested many of those who attended the Trump Rally in Washington DC on January 6th; whether they entered the capitol or not. Of those arrested, many are still confined to jail or solitary confinement awaiting their day in court. Others that were not arrested have been fired from their government positions simply for simply being in Washington DC on January 6th.

Despite a mass invasion across our Southern Border by drug and human trafficking criminal cartels and the unchecked spread of disease, the Department of Homeland Security (DHS) has made it their mission to remove dangerous “Extremists” from our society. First priority is the cleansing of all branches of the military, intelligence agencies, and throughout the justice department. The DHS has a growing list of Domestic Extremists. No surprise is the inclusion of “Anti-Immigration Extremists;” defined as “Individuals or groups vehemently opposed to illegal immigration… are highly critical of the US Government’s response to illegal immigration and oppose government programs that are designed to extend rights to illegal immigrants such as driver’s licenses or national identification cards and providing in-state tuition, medical benefits or public education.”

There are dangerous “Extremist” categories including those opposed to abortion, the LGBTQ agenda, Critical Race Theory, and even Communism! For readers who are Un-Woke Catholics, Evangelical Christians or Orthodox Jews; you are on the list of “Religious Extremists” along with Al-Queda and ISIS.

According to the Department of Defense Insider Threat Management and Analysis Center “Patriot Extremism(‘s) Core Belief: This ideology holds that the US Government has become corrupt, has overstepped its constitutional boundaries or is no longer capable of protecting its people against foreign threats.” Can you see where this is going?

Once the military, intelligence and legal branches of government have been cleansed, expect this purge of dangerous extremists to extend to all agencies, institutions and departments of the United States government; and many State and Local governments too. If we follow the course of the People’s Republic of China, and every other despotic regime of the past 100 years, this purge will gradually extend to the public at large. Indeed, Facebook is taking names and collecting evidence for that very day.

Even the US Post Office has gotten into the act. Do you get “Extremist” literature from dangerous churches or synagogues, the Republican Party, National Rifle Association, anti-abortion groups, or anti-illegal immigration non-profits? If so, the chances are pretty good that you are on a list.

Before the 2020 Elections, Kamala Harris vowed that the Make America Great Again (MAGA) Movement would be crushed so thoroughly that it would never rise again. An attorney for the Public Broadcast System  mused about placing the children of MAGA members in the protective custody reeducation camps; and he was not alone in that sentiment. President Biden has proposed doubling the workforce of the Internal Revenue Service with 87,000 new employees; mostly auditors. Having “Unclean Thoughts” of an “Extremist” will have more consequences than job loss.

Shortly after his Inauguration, President Biden declared that the Government and the People are one and the same. He also vowed that “We” will have “Unity.” It seems now that his veiled references meant: One people, one party, one set of Marxist values, and one harmonious voice; or else!

3 thoughts on “Are you a “Dangerous Extremist?””