Be thankful you don’t live in Wisconsin 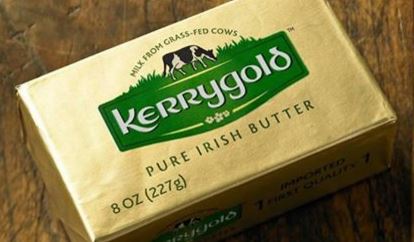 A few years ago, we had a student doctor  in our home on a short term contract to Sutter Coast Hospital.  She was of Irish descent and introduced us to Kerrygold Irish butter.  A rich, high fat content butter produced in Ireland. Simply delicious.

Kerrygold Irish butter comes from grass-fed cows free of hormones and the state of Wisconsin just made it illegal. In Crescent City you can purchase it at Wild Rivers Market. Outside of Crescent City, you can find it in health food stores like Whole Foods and Trader Joe’s.

It’s currently sold nationwide EXCEPT in the dairy capital of the USA. Wisconsin just made it illegal.

How did they get away with this?

An outdated law from the 1970’s requires all butter to be tested and graded for quality on 32 different point . Kerrygold Irish butter has not been tested according to Wisconsin standards because Ireland has very high standards and never knew this was an issue.  If any outlet is caught selling Kerrygold, they will be fined $1,000 and could spend up to six months in jail.

What are Wisconsin residents doing to get their Kerrygold Irish butter?

They are crossing state lines and bringing back as much as they can.  For those who subscribe to high fat lifestyles like the Paleo, Primal Blueprint, or Ketogenic diets, butter usage is strongly encouraged as long as the butter is grass-fed. This has caused a rise in the market demand for grass-fed butter to skyrocket over the last several years, alarming Wisconsin food bureaucrats who cannot stand to see a rule being broken, no matter how arbitrary it may be.

One thought on “Be thankful you don’t live in Wisconsin”