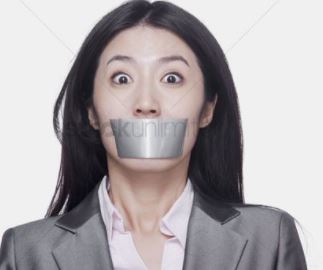 Attending a Del Norte school board meeting is like watching a Beavis and Butthead cartoon. These board members represent our education system?

Going to public meetings gives you an understanding of how meetings are to be conducted. Clearly, this school board is ridden with so much ignorance it is not only laughable but utterly despicable at the same time.

A presentation by tribal members was given at the beginning of the meeting. Board members disrespectfully sat and pretended to listen to what was said. After the presentation none of them not one had any questions and the best they could do is uh uh uh uh good job uh uh.

When a public member raised her hand to speak on the matter. DENIED. Uh uh uh. Pull my finger uh uh uh. After all Ms. Mazzei was the all knowing Butthead uh uh that didn’t believe uh uh in public participation. Uh uh after all the public is stupid.

Next up a presentation on a $47 million dollar loan. A survey was conducted in Del Norte County with less than 1 % of the population. 240 people were called to see if they could receive 55% of voters to pass another tax for schools.

Once the presentation completed the Superintendent decided it was in the best interest to allow public to speak and partake in the discussion. But wait, what’s that. Beavis uh uh wanted the school board to take an action to allow people to publically speak? Uh uh.

Let me try to understand this. You don’t teach our kids about sexual harassment or how to identify emotional abuse but you teach them how to shine the pole or spank the monkey? Yeah oh righty then.

I’m pretty clear. Beavis and Butthead are heading this DNUSD