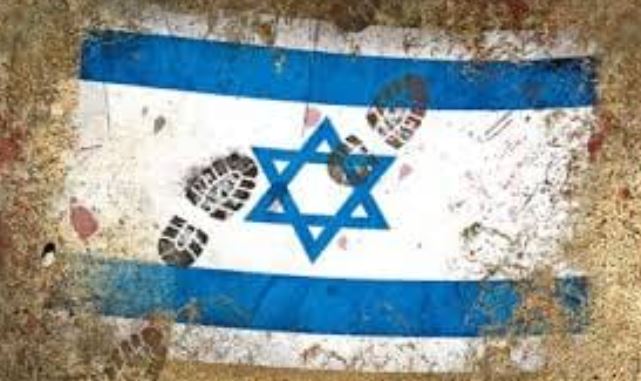 It is more than disheartening to see my Jewish brother and Son of Abraham utter his contempt for the Jewish State. This self-loathing Jew hater, the junior Senator from Vermont apparently has lots of Anti-Semitic support in the House.

First, let us try to understand the mindset of the latest version of Jew hater.

The terrorist Group Hamas, with financial support from Iran launched 4,300+ missiles from Gaza into Israel. This attack was the first major encounter since 2014. These rockets were launched from Palestinian homes, schools, mosques and other so-called “innocent” or neutral sites. 16 Israelis were killed by Hamas rockets.

From the sites of the Hamas’ launches 60 Palestinians were killed, which prompted Sen. Sanders to utter, ” Palestinian Lives Matter” (PLM).

The 19 vile radical Left in the House attempted to thwart the JDAM sale to Israel. I believe it is vital you know who these Anti-Semites are:

Here is your latest breed of Jew Hater.

In addition there were 18 other House members who voted present or did not vote on the legislation to sell the latest installment of arms to Israel.

Here are the numbers:

I share my concern there is a growing mostly younger set of Anti-Semitic malcontents rearing its ugliness and spitting its hate across our country and around the globe.

Those in Congress identified above give cover and credibility to this new breed of Anti-Semites. Intentionally or not, these elected instigate and encourage the latest wave of attacks on Jews in the USA All should be removed from office, immediately.

Add Black Lives Matter co-founder Patrisse Cullors to the list of the new breed of Anti-Semites.

You all remember the infamous California Endowment billboards late last year celebrating BLM behind a Covid19 mask. I STRONGLY opposed the divisive billboards which ultimately came down amid the furor.

Three questions must be asked:

*Is the California Endowment Anti-Semitic?

*Does the California Endowment revile Israel?

Does the California Endowment support the BDS (Boycott, Divest, Sanction) movement against the Jewish State?

We need to understand how the Endowment’s policies and funding work against America’s public interest.