BIDEN: Most notorious sell out since Benedict Arnold 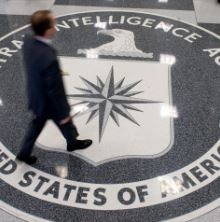 Let me tell you something you already know.

The United States is in deep peril. Without using pejorative, insulting language, I can tell you with absolute certainty America is saddled with a vastly less than competent Commander-in-Chief: President Joe Biden who, in just seven plus months in Office, has wreaked a level of havoc, not seen since 12th president of the United States, Zachary Taylor who served just 15 months in office, 1849-1850.

This Alziemered-challenged walking, talking time bomb of bloopers, gaffes, blunders, lapses and improprieties, President Biden surrounds himself with the very basest of incompetent, ignorant, ignominious bad actors, and Socialist agents of America-haters. Biden swoons over terrorist Taliban calling these primitives as ” …business-like and professional…” while condemning 80 million middle-class Americans (like you and me) for failing to be vaccinated against a virus with a 98% survival rate.

This pathetic 78 year old career politician sits on his hands while playing a major role in expanding the National Debt and fueling the flames of impending hyperinflation.

Some of these bad actors like Secretary of State Anthony Blinken and Chairman, Joint Chiefs of Staff, Gen. Mark Milley rely on the Central Intelligence Agency which candidly….well…isn’t very intelligent. The mistakes made by the CIA are legend. Sadly. Not a one of these bad actors has either resigned or been replaced. The on-going saga of the tragic American exit from Afghanistan will reverberate for decades to come and create a ripple generation of tidal wave consequences that will affect every man, woman and child who calls themselves American…and this falls on the shoulders of the 46th president of the United States: Joseph Robinette Biden, Jr.

Mr. Biden should be Court-martialed as an American traitor, the most notorious sell-out since Benedict Arnold.