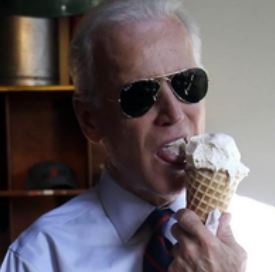 Now that the House has passed Biden’s $1.75 trillion fiasco, the next step is the Senate.

From everything I’ve witnessed about Biden’s presidency to date has been one disaster after another starting with Day 1 – Closing the Keystone Pipeline which has led to destroying our energy independence. Then there’s canceling gas and oil exploration in the artic, faux pas’s at the Paris Climate Accords, having to grovel before OPEC to increase production so he could decrease prices, but that’s not working. Most recently, his latest disaster ends with bombasting Kyle Rittenhouse as a White supremacist. I wouldn’t be one iota surprised if Rittenhouse sued Biden for defamation.

Here are just the highlights off the top of my head:

1.) He talks out of both sides of his mouth. One the one side he talks about uniting our country. On the other side he has done nothing but divide our country. Need examples, just let me know and I’ll point them out. From vaccine mandates for American’s and none for illegals to critical race theory which is overturning decades of advances Martin Luther King Jr worked tirelessly for.

2.) He’s a weak leader, and appears to hate American citizens by allowing millions of illegals into our country and NOT finishing the border wall. Whatever happened to dealing with ongoing problems of American citizen’s, the homeless and in particular our Veterans?

3.) Unemployment – he seems to think that popping out stimulus checks is going to help tide our people over until they get back to work. NOT! With millions out of work, due to business closures, lockdowns; and mandates it’s a surefire way to usher in more socialism and communism and dependence on a BIG federal government, and a BIG state government and we’re already seeing the fruits of his labor.

4.) Foreign relations – feeble minded and weak. He’s has kowtowed to China not holding them responsible for the Virus, to Iran who is determined to have nuclear power, to Russia which seems to be thumbing their nose at us. Russia is going to continue to test Biden because so far Biden ordered to warships to the Black Sea, where Russia now has 100,000 troops on the Ukraine border, but Biden pulled our warships back when Russia started making waves.

5.) Congressional Budget Office (CBO) – pay attention to the CBO. If the CBO says that $1.75 trillion bill will cost us an additional $365 billion over the next decade, I tend to believe the CBO before believing our lying, deceitful President. Now there’s another group to be aware of. That’s the Committee for a Responsible Federal Budget. But, according to an estimate from the Committee for a Responsible Federal Budget, their bill would actually cost as much as $4.9 trillion.

Why would Biden lie about the cost of his bill? I’m sure you’re heard that it’s FREE and it’s being paid for by taxes from the “super wealthy.” Another lie. According to Stand For America, “”according to a new report, their tax plan would actually hike taxes on up to 30% of middle-class families and slash taxes for almost two-thirds of millionaires. Democrats say their tax plan would raise nearly $2 trillion to help cover the cost of their bill. Fact check: Estimates show their plan would really only raise about $1.5 trillion—which doesn’t come close to footing even the alleged cost of the bill.”

Here’s where the deceptions comes in. Democrats wrote the bill to make it look like some of their most costly welfare programs would expire, or “sunset,” in less than 10 years. In reality they have already admitted they plan on making these programs permanent.

From the Child “tax credit” adding “no strings attached monthly welfare checks” that started in July, 2021 and supposed to end next year (ha!) which if it extends to 10 years will cost $1.13 trillion to the FREE child care pre K program costing $390 billion thru 2027 but it it extends out 10 years it’s going to cost $800 Billion.

Well, just getting this far has exhausted me, and there’s so much more to go.

To sum up, please do not pass this bill as I don’t believe our President has a clue about economy, economics, or public education.

What I would like you to vote on is to IMPEACH this incompetent idiot and/or bring him up on charges of treason for the disastrous way he left Afghanistan along with leaving billions of dollars worth of our military equipment and armaments.

To sum up, Senator Feinstein, allow our country to go into default because we are bankrupt. You don’t keep borrowing and spending. You cut expenses and one of the biggest and most foolish expenses we have right now is allowing Biden to remain in the White House.

Do the right thing and vote NO on this multi-trillion dollar mistake.

And if you’re really interested in seeing America economically viable again, a strong nation that can’t be pushed around; work to get Trump back in the White House. He at least knows how to solve problems instead of creating them.