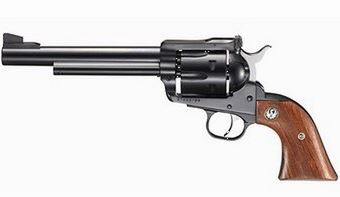 Recently a Pelican Bay inmate won a $25,000 lawsuit when officers violated his constitutional rights. They led an illegal search and seizure of his cell.  Four officers were found culpable in trashing his cell and taking his property.

How does that compare to the nightmare Del Norte county resident, Dave Egan, has endured? To recap, on August 18, 2011, Del Norte County Sheriff’s (former) Det. Bob Barber led the “SWAT style”charge into Dave’s home.  Their mission:  Find the “stolen” BlackHawk pistol worth about $350.  They broke down his door, held him at gunpoint, neglected to Mirandize him, took him off to jail, neglected to give him a phone call, and stole virtually everything not nailed down including his lifelong gun collection. Many of those same deputies are to this day still on the force. (For more details read: BlackHawk Pistol story parts 1, 2 and 3 published on September 29, 2014.)

Egan states, “Ordinarily these matters are done with a knock and talk where the officer contacts the person to see if they possess stolen property.  In this case, they did neither. I have NEVER been associated with anything stolen in my entire life.  The BlackHawk Pistol was not in my possession.  Then they helped themselves to my lifetime collection of highly prized firearms, all of which were legitimately purchased and possessed.”

Thus far, the County has refused to settle the case. They have spent far, far, far in excess of $25,000 of taxpayers money when you add up:

18 months after the incident, DA Jon Alexander, filed criminal felony charges against Dave in retaliation for Dave threatening to sue the County. Jon Alexander was later disbarred and  has the distinction of being the only DA ever disbarred in the State of California. After all of those criminal charges were dismissed against Egan, Pasadena Attorney, Brian Claypool, took Dave’s case. Claypool is a renowned attorney and national broadcast legal analyst. Brian Claypool is also California’s preeminent child abuse, civil rights and criminal defense litigator. He has a reputation for defending the underdog.

“Since Claypool got on board, I’ve been getting better treatment and my case is getting more respect,” says Egan.” The procedural aspect of my case is like the difference between black and white.  They are no longer nitpicking over every little thing.”

On the other side, Del Norte County, represented by Attorney John Vrieze, from the Eureka law firm of Mitchell, Brisso, Delaney and Vrieze, LLP continues being paid with taxpayer dollars defending an indefensible case while the Board of Supervisors twiddle their thumbs hoping the case will just disappear.

What’s on the video? Astoundingly, the video is only 1 minute and 20 seconds long.  That’s it.

So what happened to the rest of it?

Did the Sheriff’s deputies turn their camera’s off or was the video highly edited to delete anything after 1 minutes 20 seconds?

In a separate story, leads are being chased down on what appears to be another edited video on the North Coast Regional Water Quality Control Boards November 18, 2014 meeting.  The portion containing Crescent City’s Public Works Director, Eric Wier’s statement about needing another $36 million for Stage 2 on the Wastewater Treatment Plant project has been completely deleted from the video. After only three years, the City was in front of the board to eliminate the interest because they were in default on their $43.8 million loan.

Ordinarily, requests for information made to government agencies under the Freedom of Information Act are handled in 10 business days.  In this instance, 17 months passed before the County provided a copy of a video. During those 17 months, twice County Counsel notified us that they had no video.

A video did exist and in it you can hear Sheriff’s deputies bang on his front door with Egan yelling back that he was coming to the door. Impatient, Del Norte County deputies bashed the door in anyway. For those unfamiliar with the Jaime Banuelos’ drug case, his hidden cameras caught a Sheriffs deputy making the statement, “Go ahead and bash in the windows….the County will just deny the claim…” Indeed, that is what they did to Egan.

In the background you can see Deputy Seth Cimino pointing a gun at Egan from his bathroom window.  Egan says, “I was trying to go to open the front door and Cimino was holding me at gun point threatening to blow my effing brains out.”

In what should have been a “knock and talk,” instead became a full blown SWAT style raid based on a bogus search warrant listing; a stolen gun (the BlackHawk Pistol), that Dave was a prior felon and a career criminal; none of which was true.

Guns were drawn on a virtually unarmed, naked man in his underwear. Lots of screaming going on by Sheriff’s Deputies and bottom line, they didn’t find the “stolen” gun.

Based on a neighbor’s eye witness account, three Sheriff’s vehicles came by after carting Egan off to jail and helped themselves to box after box of property out of Dave’s home. Items stolen included Dave’s lifelong collection of rare and valuable guns of which 52 have never been returned.

Egan says, “They also took cash, gold, vehicle titles, my passport and kicked over the urn of my grandmothers ashes.”

Sadly, while Sheriff Apperson has been achieving his goals little by little this past year, one of the things that has not been resolved yet are the 52 guns from Egan’s collection that are still missing and that were never recorded into evidence by the Sheriff’s deputies.”

Egan recalled, “I even paid a local attorney to get my guns back but he was unsuccessful.

A mounting list of wasting the taxpayers money falls under these categories:

While theft of property and destruction of property by some of our law enforcement officers is a big concern, the biggest concern is whether or not Sheriff Apperson has been able to change the mind-set, attitude and standard operating procedures of the past of those involved in the Egan fiasco.  Has he read them the riot act? Is he there to clean house? After all, that’s one of the reasons he was voted in.

One thought on “BlackHawk Pistol Story – Part 6: The Video Exists”