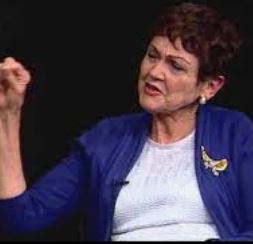 Orlean Koehle, President of Eagle Forum of California, will be speaking at Lighthouse Inn located at 681 US Highway 101 South in Crescent City on Sunday evening, July 25th between 6 – 8:30 p.m.

Orlean Koehle grew up on a farm outside of Roberts, Idaho (near Idaho Falls). She graduated from Idaho Falls High School, served as Miss Idaho Falls, and after graduating from college at Brigham Young University, she taught school at a junior high in Idaho Falls. She taught speech, drama and journalism.

Since 2002, Orlean has been serving as the State President of Eagle Forum of California. Eagle Forum is a national, pro-life, pro-family, pro-traditional American organization with the motto “For God, Family, and Country.” She has also been an active member of Santa Rosa Republican Women, serving in many leadership positions including 1 st vice-president in charge of programs and co-president. She has also served on the Republican Central Committee for many years.

In 2004, she was honored by Brad Dacus of Pacific Justice Institute as their “Faith and Community” recipient for her many years in public service and for a battle she led to stop a very progressive education program in the Santa Rosa Public Schools called “A Week of Diversity,” which was really a week of indoctrination, promoting every possible far-left agenda imaginable. It included a very inappropriate secret assembly that was presented to 1700 students
called “Sex and Stuff,” with no notification to parents and no opt out granted to students. It took a two-year petition drive and the filing of a law suit to finally get a firm policy written that has stopped any future such assemblies or “week of diversity.”

In 2006, Orlean founded and served as the first president of the Sonoma County Land Rights Coalition, to help protect rural property and water rights against overbearing government regulations. She began doing research that led to her writing her book, California’s Water Crisis – Agenda 21, Do You Smell a Fish?

Orlean is very proud of her American heritage and that, on both sides of her family, her ancestors fought in the Revolutionary War. She grew up with the example of patriotic parents who showed their love for their country through service. Her father was in the army and also was a member of the city council and served as mayor. He also ran for Congress. Her uncle was an Idaho State Senator, her mother was an active member of the Daughters of the American
Revolution and Republican Women.

Orlean has always had a love for the U.S. Constitution. She would like to preserve the God-given freedoms of our nation that it has protected, that is why she wrote the book America Needs Revival Not Revision. the Dangers and Risks of an Article V Convention.

Orlean is the author of eight other books: Looking at Lincoln, the history of Lincoln, Nebraska; The Golden Rule School, which seeks to bring morals, ethics, and character education back into the public schools; By Stealth and Deception, USA Transformation and its Parallel to the European Union, which exposes the hidden history of the United States over the past 100 years; Just Say No to Big Brother’s Smart Meter, which tells of the dangers of Smart Meters and the two year battle in California, which Eagle Forum was part of, to be able to get an opt out ruling from the California Public Utility Company. In updating her book on smart meters, she discovered all that is going on with the 5G Rollout – mostly quietly behind the scenes and wrote her latest book “Whooa Nellie!” 5G Dangers and Deception in Powerful, New, Wireless Technology.

As substitute teacher for a two-week 7 th -grade history class on Islam, she became very concerned about the obvious pro-Islam indoctrination and the anti-Christian slant. After a trip to Germany in 2016 where she saw the after effect of 2 million Muslim refugees on Germany, she began writing her book Islam Rising, Christianity Waning in Europe and the USA. It was published in 2018. An updated version will soon be published by Christian Faith Publishing.

She has also written a collection of small booklets: 1) a three act play called Lessons Learned from Our First Thanksgiving; 2) Why the Electoral College? 3) What a Novel Idea – Getting Back to Morals and the Golden Rule to Stop School Violence; and 4) “The Rigged System”- Widespread Election Fraud in the USA.

Orlean and her husband, Dr. W. Kurt Koehle, PhD, live on acreage outside of Santa Rosa, CA. Kurt is formerly from Southern Germany, where he and Orlean lived for several years when they were first married. Kurt is a retired administrator for Sonoma State University. They have six children and eight grandchildren.