Border Security and Enforcement is Out, Processing and Facilitating Mass Illegal Immigration is In, Charges FAIR 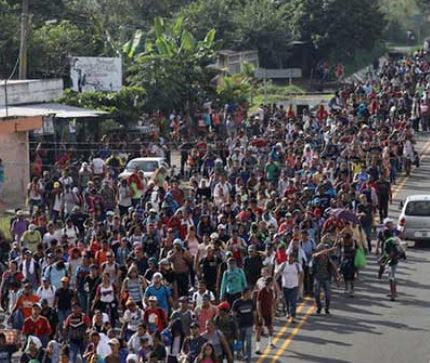 (Washington, D.C.) — The following statement was issued by Dan Stein, president of the Federation for American Immigration Reform (FAIR), in response to the Biden administration’s FY 2023 budget request containing a Department of Homeland Security component that is not only inadequate, but inappropriate:

“After more than a year of unprecedented chaos at our borders and another crisis on the horizon, the White House’s FY 2023 budget request reaffirms that open borders and unchecked illegal immigration is the policy of the Biden administration.

“The administration has essentially redefined ‘border security’ to mean more orderly admission and processing of illegal aliens regardless of how many migrants show up at our border. The coming year’s budget request proposes to spend billions of dollars on technology to alert us when people enter the country illegally, and billions more to expedite the processing of their asylum claims, many of which are frivolous. For all intents and purposes, they might as well change the name of U.S. Customs and Border Protection to U.S. Customs and Border Processing.

“What is glaringly absent from the budget request are funds to secure our borders with manpower and infrastructure, increase detention space, and restore programs like the Migrant Protection Protocols (MPP), which have proven to deter – rather than encourage – mass migration.

“Having created a full-blown border crisis during his first year in office, President Biden’s goal in his second year is to facilitate it, rather than end it.”