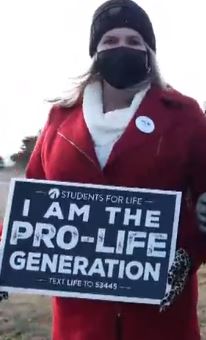 While we still have freedom of speech and freedom of the press for today, because we never know how much longer our Republic will exist under the Constitution and Bill of Rights, let me express that I personally believe that Biden/Harris are EVIL. I personally label President Biden NOT POTUS but TOTUS – the Thief of the United States.

Why? On so many levels, but let’s start with spending taxpayers dollars to fund abortion here and around the world. In my mind, at least, there is no good reason to destroy a healthy fetus unless it’s to save the life of the mother.

60 million abortions just in our country alone since Roe v Wade of 1973. And then we were told NO TAXPAYER MONEY WOULD BE SPENT ON ABORTIONS because so many American’s think it’s tantamount to murder. Biden has changed all of that as day after day he is increasing expenditures here and around the world to fund abortions up to and including birth.

While we have a society of self-centered, undereducated children and young females brainwashed into thinking, “My body, my choice” I wonder if there are any classes in our public schools that teach sanctity of life?

This morning, with temperatures dipping into the 20’s, a “chain” of people, men, women, students, nurses are holding signs and protesting abortion in Washington DC; standing 4′ apart and 4′ back from the road in their March for Life. Last year, President Trump was the only President to ever speak at the March for Life.

These days we have a President that claims he’s a man of faith, but promotes abortion. Only one word for that – hypocrite.

While all of this is going on, just days ago the state of Missouri had the distinction of being the first abortion free state with all clinics now closed.

I label this predominantly Democrat stance on abortion rights the American Holocaust, Pro Life Activists call abortion the greatest human rights abuse in our time. I agree with them.

I do not approve of the way TOTUS is spending taxpayer’s money. But then, saddled with a thief, who’s surprised?