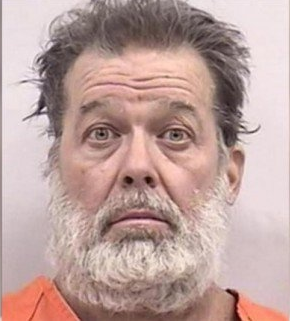 Credit to ABCnews.go.com and The Gazette

Shooting which began around 11:30 am on Friday, November 27th, ensued a stand off lasting six hours. The gunman, Robert Lewis Dear, 59 years old, was detained and the ordeal tragically left nine injured, and three killed.

Officer Garrett Swasey, University of Colorado at Colorado Springs, where Swasey served as an officer for six years. He was 44, was one of three people killed Friday after Robert Lewis Dear Jr. opened fire on civilians and police officers at the Planned Parenthood clinic. Swasey was on duty at the campus and responded in support of an officer under fire. It wasn’t even his jurisdiction, but he went to help as UCCS police help the Colorado Springs Police Department when needed. Swasey, a youth figure skating champion from Melrose, Mass.and an elder at a Christian church where he taught, led worship teams and played guitar. He leaves behind his wife, Rachel, and their two children, 10-year-old Elijah and 6-year-old Faith.

All 15 members of the Planned Parenthood staff along with patients were safe. From the civilian casualties, two have died.