BREAKING NEWS: US Embassy fired upon in Baghdad 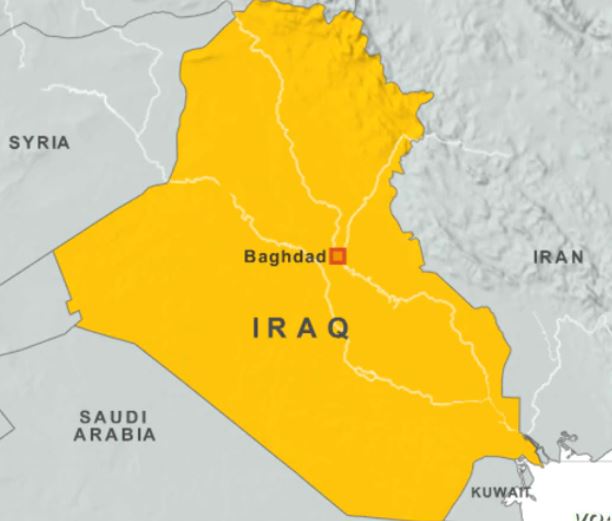 Some things never change. While Trump was President, rocket attacks frequently targeted the US presence including soldiers, contractors and our embassy in Iraq.

While attacks slowed down during the election and shift of government to Biden, last week an area in Northern Iraq near the airport and close to where US forces are based, was lit up with rockets. The result, one contractor working for the US-led coalition was killed and over 1/2 dozen others wounded the evening of February 16th.

The group claiming responsibility calls itself Guardians of Blood Brigade. This group proportedly are Shite’s. In the land of Iraq, Shite’s and Sunni’s are at each other’s throats.

They’re both Muslim. With 1.5 billion Muslims in the world, 85% are Sunni and 15% Shia (or Shite). They had a split almost 1400 years ago that affects what is going on today in Iraq. The split is over the prophet, Muhammed’s death and who the successor’s would be.

The little known group, Guardians of Blood Brigade apparently get their rockets from Iran and are backed by Iran. They claim responsibility for the rocket attacks.

Violence has been steadily decreasing since 2007 when almost 900 US troops were killed. In 2020, US soldier fatalities dropped to eight. But, today saw another attempt by the Shite group to send three rockets towards the US Embassy. No deaths were reported. Little destruction; minor property damage including a vehicle. The US Embassy is intact.

These attacks are targeting The Green Zone which is the area that is relatively safe around Baghdad. Now having said that, risk is high in Iraq and around Baghdad with terrorist attacks and kidnappings. Not the best place for tourists to visit.

Iran denies any involvement. However, a US Spokesperson said they hold Iran responsible for the attack on our Embassy but won’t “lash out” in response. Sounds like a weak response.

Current US Troop presence is down to 2,500. Before Trump left office, his goal was to withdraw all by May, 2021. Troop reduction was tied to the capability of Iraqi Security Forces handling the presence of ISIS which is greatly decreased.

It’s hard to reconcile Trump’s strong approach with Iran with sanctions in place and that we will hold them responsible, with the weak approach of Biden who wants to re-enter talks with Iran over the nuclear deal. For the moment, sanctions are still in place. But who knows how long that will last. Will Tehran (Capital of Iran) be successful in strong-arming Biden into lifting sanctions first? Or will Biden hold firm and keep sanctions in place?

Now, what’s the JCPOA? Joint Comprehensive Plan of Action. It’s a deal from 2015 commonly called the Iran Nuclear Deal. The deal was reached with Iran and agreed upon by five players: China France, Germany, Russia, the United Kingdom, and the United States and endorsed by the UN Security Council. the purpose: Nuclear non-proliferation.

What will the next 24 hours reveal? That is the question. Will Iran prevail? Will Biden lift sanctions? Will inspections be allowed?