BREAKING NEWS: It’s Still Going to Be Legal to Murder Babies in the Womb In Many States Even After Roe v Wade is Overturned 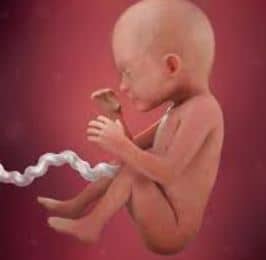 What does overturning it mean?

A 6-3 vote held that ABORTION is not a constitutional right. 26 states had petitioned the court to overrule the abortion precedent.

Alito’s opinion was supported by the Justices:

*Chief Justice John Roberts voted with the majority to uphold the Mississippi abortion restrictions but did not approve of tossing out Roe altogether.

The dissent was filed by the court’s liberal justices:

26 states had petitioned the court to overrule the abortion precedent.

“The Constitution does not prohibit the citizens of each State from regulating or prohibiting abortion. Roe and Casey arrogated that authority. We now overrule those decisions and return that authority to the people and their elected representatives,” Justice Samuel Alito wrote in his majority opinion.

FIVE DECADES AND OVER 63 MILLION ABORTIONS PERFORMED SINCE ROE V WADE that’s nearly one fifth of the current US population.

Some reasons to be against abortion or for abortion:

In 1973 when Roe v Wade was being considered we (American women) were told that our tax dollars would never be spent on funding abortion. That didn’t last long. Even though most American’s at that time considered abortion tantamount to murder, our tax dollars were there to be plucked up. Then we got to not only see our tax dollars spent via contributions to Planned Parenthood, but also through Medi-Cal (in California).

On the flip side, people in favor of abortion often say that it’s far more expensive for taxpayers to fund children (not wanted in many families) by paying for food stamps and other government assisted programs. Also, it’s a woman’s right to chose what happens to her body.

Flipping back – what about adoption? What about 2 lives involved instead of just the mother’s?

What about every life counts and is God given?

Here are some of the Governors’ who will protect abortion rights:

Wondering why contraception isn’t promoted as more important than abortion?

*Male Condoms mostly effective if used properly but if it breaks, there’s the Morning After Pill.

*IUD’s intrauterine devices – can have some side effects

*The BIrth Control Pill – can have some side effects

*Diaphragm – Women have to learn to insert it properly and apply spermicide before each use.

*Injection – given by a physician good for 12 weeks

*Hormone releasing IUD’s good for up to 7 years. Must be inserted by professional.

*Natural Family Planning – keeping track with your calendar and avoiding sex during the “fertile window.”

Violence and the Pro Abortion segment of our population.

As if ripping apart a fetus and yanking them out of the womb wasn’t violent enough, grown men and women will undoubtedly commit acts of violence around the nation after this ruling even after President Biden has asked for non-violence.

“The prayers of millions have been answered,” Florida Governor DeSantis said in a statement. “For nearly fifty years, the U.S. Supreme Court has prohibited virtually any meaningful pro-life protection, but this was not grounded in the text, history or structure of the constitution.”

Evangelicals have been the religious group most opposed to abortion and most eager to see Roe overturned.

President, Kristan Hawkins, of anti-abortion group Students for Life calls Roe v. Wade decision ‘a historic moment.’ “We support more than 3,000 pregnancy centers and 400 maternity homes across the nation.” Additionally, she said that with a trained army of 150,000 young people in the post Roe generation, we’re ready to go state by state to overturn the predatory abortion industry.

One thought on “BREAKING NEWS: It’s Still Going to Be Legal to Murder Babies in the Womb In Many States Even After Roe v Wade is Overturned”