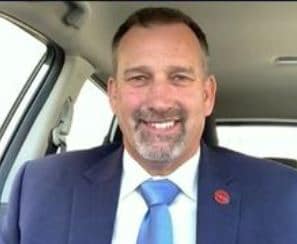 The primary is next month. Are we going to sit back and allow Newsom to continue to ruin our State?

Newsom’s latest TV ad attack is against Senator Brian Dahle for his pro-life stance on abortion. Does that signify Dahle as his biggest competition for the governor’s seat? I hope so.

Newsom won’t attack Nichael Shellenberger (Democrat turned Independent) because Shellenberger is Pro Choice on the Abortion issue. If only abortion were the only issue in this once great state of ours.

What are the issues?

*Inflation with ever increasing gas prices, and a new gas tax due to go into effect July 1st

*food prices up and food shortages,

*housing crisis and in particular homelessness,

*crime and violence on the rise, lawlessness in the streets

*still has not lifted the state of emergency although he could go out of the country on vacation for Thanksgiving for a week in Mexico – no masks – just good old family fun at what may have been $29,000 per night

*”bullet train” running overbudget – costs now at $105 billion. Just as a reminder, voters approved $10 billion in 2008 when it was projected to run $40 billion.

All in all not a good scenario for incumbent Gavin Newsom. He fails on nearly every level.

If I were Brian Dahle, I’d be pleased to be attacked by Newsom. Dahle was endorsed by the California GOP. This is one instance I agree with them.