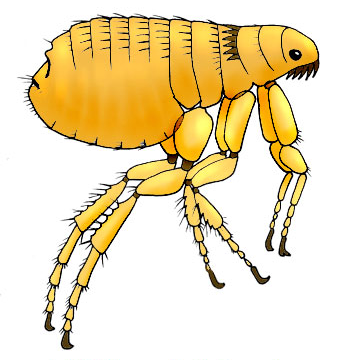 About 20,000 people live in Crook County, Oregon, smack dab in the middle of the State.  Among them is a 16 year old girl infected with Bubonic plague.

During the 14th century, the Bubonic plague swept through Asia, Europe and Africa killing an estimated 75 million people and became known as the Black Death. The cause: fleas.

Is it time to panic?

Flea bites resulting in flu like symptoms should be taken very seriously. The Bubonic plague is a bacterial infection.   Within three to seven days, fever, headaches and vomiting develop.  Swollen lymph nodes occur near the bite site.

Yes, with antibiotics. Several antibiotics are effective for treatment including streptomycin, gentamicin, or doxycycline. Without treatment, death occurs in 30% to 90% of cases usually within ten days.

Do not touch dead animals.  Particularly in areas suspected of being infected with the plague.

The teenager was on a hunting trip in eastern Oregon. She became sick on October 21st. She is currently in a Bend, Oregon hospital recuperating.