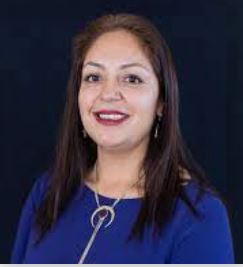 Her transfers from a political action committee to Moscoso in 2014 caught the attention of a Fair Political Practices Commission investigator during a routine audit in 2018, setting off an investigation into the couple’s LA-based HVAC business, according to the complaint. Hernandez is accused of making $11,400 in fraudulent payments to Moscoso from a political action committee when she was the committee’s treasurer and SEIU California’s political director, according to the complaint. The committee supported a state Senate bid by former Democratic Assemblyman Jose Solorio, of Santa Ana.

Hernandez identified the payments, which were quickly transferred to an account shared by the couple, as reimbursement for catering services for campaign volunteers, when in reality Moscoso didn’t provide any food, the complaint says. The couple allegedly under-reported income by $1.4 million for their business, LA Duct Company, from 2014 through 2018, dodging $143,000 in taxes, according to the complaint. And Moscoso allegedly paid his employees under the table, avoiding paying about $80,000 in unemployment insurance taxes and about $3,100 in disability insurance, the complaint says. The charging documents include a white collar crime enhancement that would require the couple to serve time in state prison, saying the couple’s pattern of felony conduct resulted in a loss to the state Franchise Tax Board of more than $100,000.

The SEIU union represents over 700,000 workers across the state representing local government employees, state workers, in-home caregivers, lecturers, janitors and health and care professionals, among others.

Hernandez had been in her position since 2016 before she resigned last month.