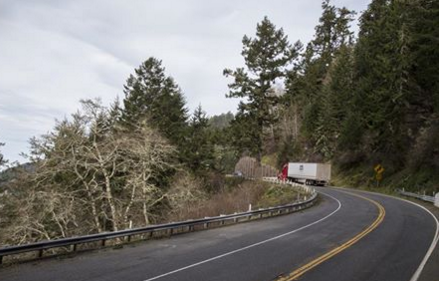 “Caltrans will be performing work along U.S. Highway 101 at Last Chance Grade in Del Norte County Thursday, November 1st. We’ll be working to install a new slide monitoring system, which will provide us with invaluable information about the movement of the grade in near-real time.

Please be cautious when traveling through the area.”

Many Del Norter’s also agree that Last Chance Grade, being one of only three ways in and out of our community needs to become THE priority. Because of the increasing instability, slipping three feet over and two feet down in just the last 90 days, theories abound that only when it slips into the ocean will a government entity finally get involved and do what needs to be done.   Most likely that would be a tunnel through the mountain.

As with most things, only until a major disaster falls will the rhetoric stop and serious work begin.