Castles, Palaces, And Other Things We Cannot Afford 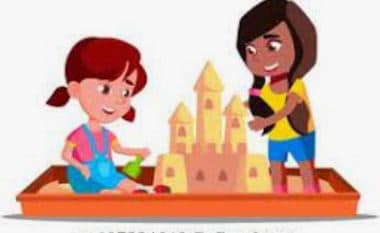 Seems now that the City is awash with cash, all those things we were
told about being unable to pay for police, fire, and emergency measures
have gone out the window.  Measure “S” the sales tax increase that was
to generate $1.3 million per year to take care of all things that the
City couldn’t pay for.  Now millions in grant money, for parks, the
swimming pool, and who knows what else.  Pandemic money, more grants in
the future, what more could the City ask for?  But wait a minute, all
that seems as though the City is more interested in Palaces, and Castles
and Crescent City’s version of Central Park in New York.  Money for a
new and refurbished City Hall in the recently purchased Bank of America
Building.  $700,000 for a new look swimming pool, the nearly $500,000
more dollars to run the thing.

How is any of this sensible in a small town of 9,000 residents and
shrinking, with multiple infrastructure issues, roads in disrepair, a
blighted clinic on A Street, a “While Elephant” of a sewer plant that is
far too big for the customers it serves, an now a proposal for expansion
of Beach Front Park that will require maintenance from its completion
on.  Sounds like the City’s current Council has slipped a gear.  They
likely won’t be around when the bill comes due.  Sure in 2019 when the
current plan for Beach Front Park was “pie in the sky” there were
community members unhinged by the fantasy that anything was possible.
Now the City is expecting $5 million dollars to make those fantasy’s
real, then what?

City Manager, Eric Wier, can send out “hats off to the community” all he
wants, but now reality has set in and nobody has prepared Manager Wier
for what will come of these fantasies.  All the word salad from Wier
about shouted visions, the area’s natural beauty, cultural diversity,
more recreational opportunities, the sister city monument, and
historical nods to mining, lumber and fishing will not subdue the
feeling that this venture is more on the scale of a “grand gesture” from
Crescent City’s elite rather than anything remotely beneficial to the
Community.  Yes, the money is there for the taking, but how many more
projects over the years have been funded through out the County and
City, taxpayer money, that seem more excessive rather than practical.
Sure we all want that luxury car when all we can afford is something
much more modest.  So what is it that makes the City’s Council think
that an extravagance and ostentatious Beach Front Park is something that
is desperately necessary?  Most of the residents of Crescent City will
have dreams of grandeur at one time or another and then there is reality.

It is understood that with this Park grant that the City thinks that
they have won a “lottery”.  Now comes the time in which we find out just
how wisely the money is to be spent.