Celebrating the Sanctity of Life 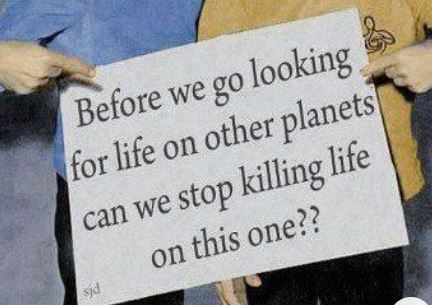 January 22, 1973, was the day the U.S. Supreme Court legalized abortion-on-demand in all 50 states. The historic case: Roe v Wade.

Abortions performed in the USA since Roe v Wade: 62,541,150. Worldwide since 1980, 1.6 BILLION. There are three states that have not reported their abortion figures to the CDC. California is one of those states that has not since 1998. California has over 500 abortion facilities which includes clinics. The statistics of 62 1/2 million abortions performed quoted above has to be low, very low.

Recently, President elect, Joe Biden, and Vice President-elect, Kamala Harris, campaigned that women should be able to elect abortions up to and including delivery. This is in contrast to restrictions in California that were in effect as of September 1, 2020:

In China, population control was put into place in 1979 by limiting the family unit to one child per family. In that country, stories abound with pregnant mother’s so sorrowful when faced with a mandatory abortion if pregnant with a second child.

Switching gears: Margaret Sanger was credited with creating organizations that evolved into Planned Parenthood. As a young nurse in her 20’s, she witnessed women growing old and ill giving birth to child after child. She witnessed botched abortions attempts by pregnant mothers to rid themselves of another unwanted baby. She became an activist. She became a proponent for “eugenics.” She became an educator, an author, a speaker on topics about birth control.

In her desire to see children brought into a loving home, she also wanted to see that they were healthy children without any defects so that by better breeding, people would be more prone to a life devoid of poverty.

Eugenics didn’t fit the mold for everyone. Anyone who did not fit this mold of racial perfection, which included most immigrants, Blacks, Indigenous people, poor whites and people with disabilities, became targets of eugenics programs.

In California, 1909, a Eugenics law was passed allowing for state institutions to sterilize those deemed “unfit” or “feeble-minded”. These were performed in mental hospitals. 200,000 men and women were sterilized.

Nazi Germany took Eugenics up a notch by forced abortions and sterilizations against undesirables. The forced sterilization program engineered by the Nazis was partly inspired by California’s. The Nazi’s were interested in creating a race of tall, blond, blue-eyed and broad shouldered even though their leader, Adolph Hitler had blue eyes but he also had short brown hair, a slight build, and slumpy shoulders. No one questioned his breeding. Questioning needs to be done at every level and at all times.

It seems unbelievable that California which probably performs more abortions than the rest of the United States have people run around like lunatics screaming, “Black Lives Matter.” In reality, 13% of the US population is Black. Yet, almost 19 million abortions have been performed on black women which amounts to nearly one third of all abortions. Those same men and women yelling, “Black Lives Matter” don’t give a second thought to the number of abortions being performed on Black women because as we’ve all come to realize since Roe v Wade, women are in charge of their bodies. Men who may have wanted that baby have nothing to say about it either.

What women may not realize is that abortion is a form of population control.
“My body, my choice” may be OK for deciding to have cosmetic surgery, but when it comes to being pregnant, there’s another body to consider and that’s when women have stopped thinking altogether. They no longer consider abortion murder. Too many have never even thought about the sanctity of life. With Biden/Harris in the White House, we can probably expect our taxpayer dollars will fund abortions up to and including birth. The definition of murder is forever changed. Fetuses ripped from the uterus. Brains punctured and sucked out. Body parts sold. Yep. It’s a different world.

Sanctity of life? Not today. Consider that sanctity of life comes from the teachings found in the Bible. In 1990, 85% of polled American adults identified as Christians. In 2019, that figure dropped to 65%.

While abortions are down this past year, much of that has to do with COVID. Just like freedom of speech and freedom of the press has devolved into propaganda and brainwashing as a way to punish President Trump, if sanctity of life is ever going to have a chance at re-emerging, it’s going to be through education. And we all know that California’s public education is part of the problem. Churches are closed. The solutions don’t seem very likely with Socialism and Communism taking over this country.

We need a miracle.