Challenging The Status Quo Is Fine, If It Actually Happens 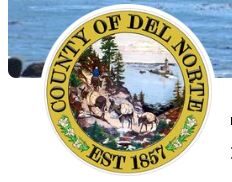 In a recent opinion piece in the Triplicate by Kevin Hendrick, “It’s
Okay to challenge the status quo”, once again Mr. Hendrick fails to
understand the dynamics of what actually happens at local Board of
Supervisor meetings.  Sad to say his “Progressive” politics which so
often leads him astray was on full display in this opinion piece.
Fortunately the readers of his misguided attempts to indoctrinate the
public into believing in what so obviously has been a train wreck
evidenced in the National government’s immersion into progressive
politics has been on full display over the course of the past eighteen
months.  Not only have the progressive policy’s failed at the National
level, but here in California as well.

While I can sympathize with his allegiance to a progressive cause,
history is most definitely not on his side.  Not matter what anyone
says, there has yet to be a successful outcome from “Big Government “.
Mr. Hendrick goes on to trumpet the largely failed effort by Supervisors
Masten and Starkey to open up discussion to the public about the Merits
of the current $182 million budget.  Couple of things to note, the “well
attended public workshop” consisted of two members of the public,
Supervisor Masten, Supervisor Starkey, Supervisor Short (for about five
minutes), and SOME of the County’s department heads.  It was made up of
two, three hour periods, from 9 am until noon on weekdays, with very
little notice to the public.  Granted there was an effort, no matter how
ill conceived, but hardly the example of “success” described by Hendrick.

None of the semantics offered by Hendrick will serve to explain how the
time, form, and attendance by the County’s “masters of the budget” who
not all of which attended, were of significant import when issues within
County government that were revealed found the members of the BOS
unmoved.  Not only, was the public not abundantly present, but the
County’s department heads were not all present to field any inquiries by
the aforementioned public. Yet the show must go on.

If the public were to find the time during the middle of a work week to
ask questions, would any one listen?  Clearly, Mr. Branden Bieber can
attest to the fact that the BOS does not appear to have listened to his
concerns.  Or would the public even know what questions to ask when even
our Supervisors likely have a very limited knowledge of the departments
that they supposedly oversee.  Experience with both Supervisors Masten
and Starkey do not appear to display much in the way of germane
questioning ability, nor do they seem to be in favor of anything but
growing local government.  This simply takes a different form from the
“Old Guard”, equally ineffective.  The vote is still 5-0 at nearly every
occasion, challenge or not.  The more important question becomes “is
this all just widow dressing to gull the public into believing the
decisions haven’t already been made”?   Or does the Board of Supervisors
simply follow what has been fed to them by County government without
question, the old adage where ” the dog’s tail wags the dog”?

Clearly, Hendrick fails to understand that even local government has
become too complex and self serving for any representative to actually
be tasked with the idea that they may be able to ask relevant questions
to truly understand the “Beast” that modern government in Del Norte
County has become.  Not surprisingly the cost of that growing as it
increases in size has clearly diminished its ability to deliver even the
most essential services.  It simply does not matter that local
governments whine about their “limited resources” when the local
population cannot even afford the services in their current form.  For
all of Hendrick’s praise of Supervisor Masten’s “challenging” the status
quo, she clearly has not exhibited any such challenge to that status quo
with a dissenting vote.  Where is Ms. Masten’s “fresh perspective and
willingness to challenge”?  Seems like just more of the same old 5-0
votes without the challenge.

It has become the stock and trade of our representatives to “trust”
their department heads without any consideration for the public that
they serve.  Governing locally has become largely the will of the
“consent agenda” which for the most part has excluded the public  What
is “essential” for those employed by government for the most part is not
in the best interests of most of the public that they are meant to
serve, but to make things “easier” for those that govern.  As such it is
essential that the public be excluded from the process by making the
process far too difficult to participate in, or offer any alternatives
to the process. Hence, government becomes by decree, “rubber stamped” by
our elected, and “limited resources” become a catch phrase for we want
more of your hard earned money.  Government grows, their employees earn
more, staffs become larger and less effective, and the illusion that
they work for you, the taxpayer, is complete, that is until the next
time Supervisor Masten or Supervisor Starkey and the “Old Guard” stage
another performance of “challenging the status quo”.  One might ask
“What happened to the fresh perspective and willingness when it came to
your vote?”  When is the public’s welfare going to be in your “fresh
perspective and willingness to challenge” your own department heads,
their trustworthiness, and their need to grow?

2 thoughts on “Challenging The Status Quo Is Fine, If It Actually Happens”