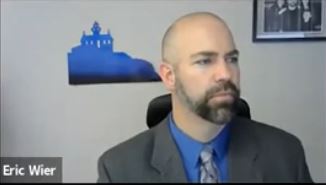 Many things transpired this evening at the City Council but the main thing that grabbed my attention is the City Manager Eric Wier redeemed himself by announcing the City would no longer borrow $665,000.00 from the water enterprise funds for the Pebble Beach Stabilization project.  Merry Christmas to us. The funds were given by Transportation.
With this year winding down, two council members said their civic duty farewells Heidi Kime and Alex Fallman. Their service was commended and acknowledged and the two new Council members, Alex Campbell and Beau  Smith,  took their Oath. Jason Greenough was re-elected taking his oath for four more years.
During this time, a new Mayor was selected along with Pro Tem Mayor. Jason Greenough is now Mayor of Crescent City, and Pro Tem Mayor Is Mr. Campbell,  leaving Mayor Inscore a council member. Clearly there are new dynamics formed on this new City Council.
Mayor Pro Tem,  Campbell requested to be placed on the following committees;
Chamber of Commerce, Pelican Bay State Prison, No Place Like Home, Solid Waste and LAFCO.
Councilmen Wright asked for the following Committees; Del Norte Solid Waste, LAFCO, Search and Rescue, Fire Department ad hoc, and Lighthouse Cove RV park
Councilman Inscore clearly demonstrated the upset of not only him no longer being the Mayor but wanted to continue with the Chamber of Commerce and LAFCO. NO more Japan trips for him I guess.
Councilman Smith requested the following commitments for Committees;
Hazmat Response Authority and Fire department ad hoc which will be decided at the next meeting.
22