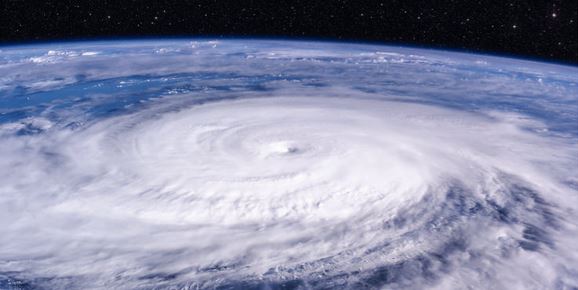 With all the chaos in the United States over the past couple of years,
faux Russian election interference, failed Presidential impeachment,
Covid-19, and riots over the angels caught up in police violence, it is
not surprising that the “climate change” extremists are feeling a little
out of sorts and side lined. Never fear, The Church of the Extremist
Environmentalist on Climate Change is at your service to set your world
right.  In a recent sermon for the faithful, published by the local
newspaper, the Triplicate, the Reverend, Dr. William Gorham, Ph.D. who
titles himself Co-facilitator, Coastal SOCAM, (Southern Oregon Climate
Action Now) has attempted to re engage the faithful in the ongoing
struggle to educate the masses on the impending doom of the planet from
human induced climate change.The sermon begins with a nod to Covid-19, then rapidly moves on to an
eclectic mix of activist propaganda about those foul villains, human
beings, and their despicable efforts to poison earth’s atmosphere with
CO2 and other trace gases.  While the Reverend  Gorham, Ph.D. seems to
be some what illiterate when it comes to the history of weather events
in the United States, he never the less forges on with a few anecdotal
weather events, then proceeds to rewrite modern weather history with
claims of bigger, stronger, and more frequent storms, with a dash of
increased flooding, and record wild fires in the west  all with the
intent of laying the blame at the feet of those justifiably the cause of
this mayhem, the humans that have despoiled the planet with the
indiscriminate use of fossil fuels.  What cads!

What is truly unfortunate for the Reverend Gorham, Ph.D, is that none of
his anecdotal examples of extreme weather is in fact extreme.  I am
astonished that he did not include glaciers melting and rising sea
levels.  He continues on with his efforts to persuade the faithful of
the perils of catastrophic climate change by morphing into global
warming (currently plus 0.385 degrees Celsius) as his core belief for
impending doom.  As his rhetoric begins to warm to the task of green
house gas induced heating, he does not seem to understand that while the
theory is well known, its effects on heating seem to have become
problematic.   He finishes his plea with these conditions will “worsen
until we do something”.

As we wait with baited breath, for the Reverend Gorham, Ph.D., to tell
us what that “something” is, we are not left in the dark for very much
longer as he generously lists three options , but only allows for one,
eliminating the cause, fossil fuels.  The Reverend  airily continues on
as if eliminating fossil fuels is the simplest thing in the world and a
ready made alternative is waiting in the wings.  Unfortunately, that is
not the case, and it may be years for that to come about.  Wind, Solar,
and even including geothermal are but token players in the energy
market( about 8%).  Given all of the issues surrounding these sources,
it is a pure fantasy that these will replace current technology any time
soon.

But wait a minute, we have been told seventeen times in the last twenty
five years, that we are beyond recovery, the earth is doomed, yet there
have been only minute changes in the world’s climate.  No appreciable
warming, no appreciable sea level rise, the only change in storm and
flooding activity has been the inflation of the repair bill.  So, why
should we pay any attention to the Reverend William Gorham, Ph.D, at
all.  Even the west coast fires are now being associated with extreme
environmentalism and poor forest management, not climate change.  So
what is William Gorham, Ph.D. all about.

It seems that he is really not about doing something about Climate
Change himself, it is the GOVERNMENT’S job to fulfill the Reverend’s
wishes, by force if necessary.  In a Green New Dealesque fashion we are
all to be mandated to revert to a pre-industrialized society.  Of course,
I am sure that the Reverend William Gorham, Ph.D., Co-facilitator of
SOCAM, doesn’t include himself in the masses he is subjecting to that
state, for he is far to important.

Most sensible scientists today, recognize climate as variable and not of
the extreme nature as preached in Mr. Gorham’s sermon. Many feel that
the obsession with “climate change” has been taken too far in the
extreme.  In doing so many other problems of far greater importance have
been ignored.  Thus far there is very little evidence that William
Gorham’s world is in our future.  We have already spent a sizable
fortune flailing away at “climate change” for no reason, with very
little to show for it.  If Mr. Gorham has any compassion for our less
fortunate, his agenda for climate change is not that…..  Climate
change is far from settled, and should be viewed in that light.  For him
to dismiss debate is not credible science, as there are numerous
historic examples of “settled” science that gets turned on its head with
further debate.