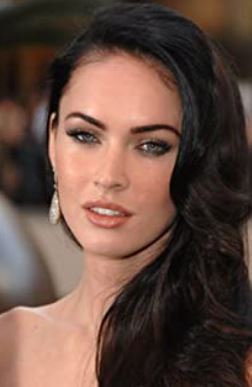 While not many folks tuned into programing offered by CNN since the
Biden Administration took office, except for those die hard leftists, it
is important to note that they often offer with great sincerity, items
not really considered “news worthy”, but offerings more likely to be of
interest to those on Comedy Central.  In a recent article by comedian,
Megan Fox, who considers herself a journalist, she proclaimed, seriously
now, that those who have subjected themself to a vaccine are “less
likely to die from any cause over following months”.

Most folks responding to Ms. Fox’s pronouncement would assume she was an
escapee from the nearest mental asylum, not so….   Ms. Fox’s source
for this bizarre statement is Stanley Xu, a researcher from Kaiser
Permanente Southern California Department of Research and Evaluation.
California strikes again.  The researchers were attempting to show that
vaccinated subjects had a lower mortality rate than unvaccinated in a
report that has been sourced to the “Highly” reliable government agency
the Centers for Disease Control.  According to the study of 6.4 million
subjects who had been vaccinated against Covid, then compared with 4.6
million people vaccinated against Influenza and not Covid…What?????,
concluded that unvaccinated died at a greater rate than vaccinated.
Naturally Covid deaths while vaccinated were filtered out of the
results.  Of course no one really knows how many people have died while
being fully vaccinated from Covid, because the Medical Establishment has
suddenly found other moralities to enter into the “cause of Death line”.

In any event Ms. Fox’s comic relief goes on to parrot the line offered
by the researchers that the vaccines, all three, were safe and
effective.   Results in a study have been “adjusted” for race, sex, age,
ethnicity, and study site.  The researchers go on to say that vaccinated
subjects tend to be much “healthier” than unvaccinated, as if that is an
explanation for the results.  Wait a minute, it was stated earlier in
the research that the vaccination was responsible for the lower death
rate.  What’s up?

It should be made clear to those that believe this nonsense, that
jumping out of an airplane at 30,000 feet with out a parachute is
unlikely to have much of a difference whether you are vaccinated or
not.  Maybe stepping in front of a City bus traveling at 45 mph while
vaccinated might be a better example….  Thought not, squish…..  Or
perhaps vaccinated while skiing down a mountain slope at sixty miles per
hour to meet up with a large tree?  Okay not much of a difference there
either.

Perhaps it is time to throw in the towel and conclude that this bit of
“research” might just stretch the imaginations of the deluded vaccine
whackos a bit too far.  Back to the drawing board for Dr. Xu and his
team of “researchers” at KPSCDRandE. Impressive sounding acronym at the
very least.   Maybe CNN and what they consider trusted “news” should
learn from this as well.

3 thoughts on “CNN, “The Most Trusted News SOURCE…”, Really?”