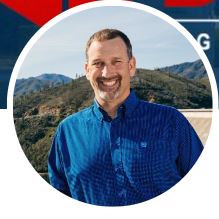 Here are just a few comments posted to Twitter by Sen. Dahle.

January 11, 2023: Today in National Human Trafficking Awareness Day. Let’s not forget my bill, SB 1072, would’ve classified human sex trafficking as a violent felony in CA, but the bill was blocked by the majority.

Consider this: At the start of 2023, an estimated 70,000 tractor trailers operating in California will be considered illegal, that’s about 10% of commercial motor vehicles tasked with moving goods from place to place, according to trucking groups.

Sen. Dahle’s comment – We already have a shortage of truckers. This will force many of them to leave #CA, and ultimately drive up the cost of goods. The Legislature continues to pass aggressive regulatory policies that hurt small businesses. Enough is enough.

Sen. Dahle’s comment – The administration fails to acknowledge onerous regulations, and a failure to support policies to increase domestic supply have led to production deficits. By taxing these companies, costs will be offset to consumers.

Editor’s comments: Too bad Sen. Dahle isn’t governor. Here’s what we’ve got with Newsom, just to name a few. High crime rates, homeless throughout the state, inflation only getting worse, along with a worsening economy, and high taxes forcing many businesses and residents to go out of state. We’ve lot population for three years in a row. Wonder how long it’s going to take 3 million California voters to change their minds about being governed by a Democrat.