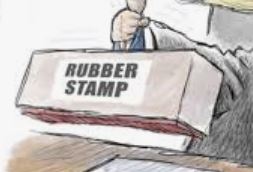 It was unconstitutional when the County of Del Norte and the Board of Supervisor (BOS) violated civil liberties when they threatened citizen’s imprisonment for not wearing a mask.  Amongst some of our Nation’s most restrictive Health Ordinances, our County published imprisonment mandates that disregarded citizen’s individual freedoms.  Of course like most BOS actions, it was irrelevant and fortunately no one was arrested.

Now, in a continuous abuse of Free Speech, Chairman Hemmingsen, and County Counsel limit public comment during the Consent Agenda.  The BOS have made common practice the approval, funding, and promotion of unproven socialized medical practices with 100% approval of Consent Agenda Items.  On September 27th, the BOS approved 22 consent agenda items while only one item was on the agenda for scheduled business.  Consent Agenda items included various topics such as new employee pay increases, appointing Supervisor Howard as a County Representative to CSAC, approving resources to Del Norte Office of Education, also approving $2,500,000 to Del Norte Unified School District, $200,000 to fund a Non-Profit Pilot Program, $514,880 for a Disease Intervention Specialist, a renewed CoVid agreements, an Opioid Stimulant and Substance Abuse Program, an $11,000 evacuation plan, and a $30,000 assessment for the States to purchase “Bar O Ranch”.  These Consent Agenda items are voted on with little or NO discussion, and approved 100% of the time.

The dereliction of duties the BOS’s demonstrate goes further than civil liberty infringements.  They have failed at progressing the opportunities of our community, and stifled any resemblance of capitalism and private commerce.  They don’t even appear to read the agenda by which the attempt to govern.  The BOS Agenda currently recommends that meeting participants wear a tight fitting respirator pursuant to the guidance given by the California Department of Public Health.  The Board doesn’t even adhere to their own guidance despite investing multi-millions of dollars funding the Department of Health and Human Service.

Also during the September 27th meeting, the BOS voted on giving themselves another holiday during Thanksgiving break.  Another example of the Board’s dysfunction, was adding a late item to the Agenda for approval.  By necessity of “Emergency”, the Board added and approved the participation in the Tribal Governments interested in Klamath Watershed.  As one of the most heavily litigated waterways in the Unites States, our County Leadership is playing catch-up from the back of the line.  The Klamath Dam’s removal is far from new news.  Then, to appoint liberal environmentalist Chris Howard to the committee was a slap in the face to Supervisor Masten.

I encourage citizens to review the BOS Agenda’s and express your viewpoint to the Board.  Our community has unlimited potential but it’s being suppressed by a few Government Bullies.  Get the “Bulls Eye” off you’re butt, and hold our leadership accountable.