Could a desalination plant save Crescent City from bankruptcy 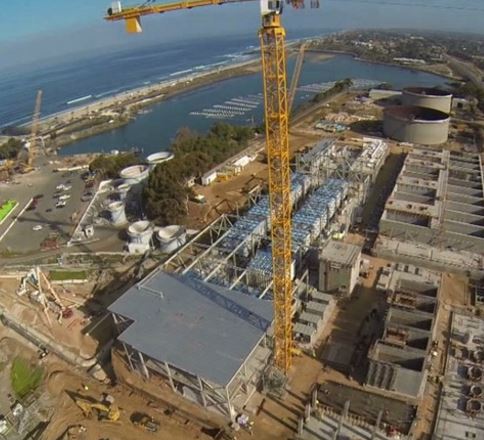 The worlds largest desal plant in the western hemisphere is located in San Diego.

Up until recently, the worlds largest reverse osmosis desal plant is located in Algeria, Africa

These days the world largest reverse osmosis desal plant is located in Israel on the beautiful Mediterranean beach 10 miles south of Tel Aviv.

What do all these places have in common?

Human beings can’t live on saltwater, they need fresh water.  Up until 2004, Israeli’s relied entirely on groundwater and rain. Since then, they have built four desal plants. Those four plants account for 40% of Israel’s water supply.

Currently approximately 700 million people don’t have access to fresh water.  As oil reserves are depleted and automobiles converted to battery or hybrid, we may see in our lifetime large freighters transporting fresh water or ice around the world to take care of water needs.

Companies like Nestle – home base in Switzerland – look for water sources all the time. Their booming multi-billion dollar bottled water business demands it.  They control 70% of the bottled water market. The only problem in doing business with Nestle is that they want to OWN the water.  They do this by purchasing land or acquire leasing rights so they are permitted to pump as much water as they like; as they have done in the rural state of Maine. Some US cities are crying because their water is running out due to Nestle.

It doesn’t make sense to call up a company like Nestle to come in and control or own Crescent City water.  But does it make sense to have a domestic company set-up their bottling plant here if we have a desal plant nearby?

Can you then imagine the day that ships transport fresh water out of our harbor to freighters  to be transported around the world?  If the price is right, it can happen.  Just look at what happened to California after 4 years of drought and little snowpack.  As population increases, just turning down the tap is not going to suffice come the next drought. California is going to be forced into building desalination plants.  Shouldn’t Crescent City start researching  to see if this is viable for our area?

However, with the California Coastal Commission, there is sure to be roadblocks and controversy.

WILL CLEAN WATER FROM WWTP EVER BE SOLD?

Well, it hasn’t been so far even though that was one of the selling points on the $43.8 million wastewater treatment plant (WWTP) loan.  “It’s complex,”  says Utilities Manager, Eric Wier.  Complex may mean…. it’s never going to happen.  Besides, how many people would want to drink water from the WWTP?  But, it could be used to water landscaping and golf courses.

At the very least, shouldn’t we be looking at building more water tanks?