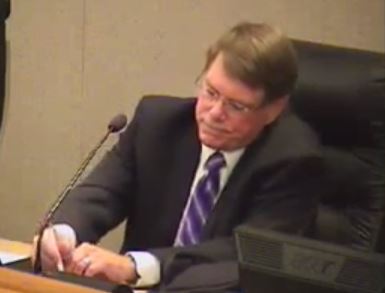 While numbers can be manipulated, there are certain basics that tell a story. This is no exception when it comes to telling the water rate increase story. Interim Finance Director, Susan Mayer’s, report to the City Council Monday night, November 4th, told this story.

Income was steady: about $1.5 million

Expenses were out of control running in the red for the past 5 years!  FIVE YEARS.

Councilman Holley’s remarks at the end of the public hearing:  “First I want to thank the staff for putting together another exemplary presentation for us.”

Listen Holley, it’s easy to be cavalier about raising rates on a population with no excess income when you don’t have to worry about cash flow in your personal life. It’s easy to sit back and compare our cheap water rates to surrounding communities as an excuse for raising water rates, when you don’t have to worry about whether or not you’ll have enough to keep the power on this month.  The problem with these “exemplary” reports is that it is a lie.  Starting with Willdan.  Nowhere in their report did they propose any options on reducing expenses.  Matter of fact, their entire report excludes any such options to decrease expenses.

So, I propose the City Council send Willdan a demand letter for a 60% refund on their most current incomplete report.

Then there’s City Attorney Bob Black and his firm.  He has a contract with the city that spells out an annual 5% increase.  Let’s ask him to cut his fees 60%  for one year.  His fees have generally run above six figures annually – so another $60,000 savings.

Let’s only ask this of them for 1st year.  So far we’re saved $175,800 with an indeterminate amount from Willdan since we don’t know how much the City paid for their report.  All employees of the city should be allowed to keep their benefits for now.

It would be wise to stop merit bonuses immediately and impractical to ask for a refund for all those merit bonuses paid over the last 5 years as I’m sure that money has already been spent by the city employees who received them.

Next up:  what exactly is cash flow triage?