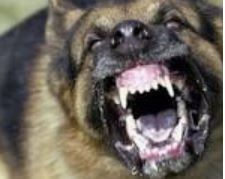 The county is mulling over a colossal pain at the pound. The Board of Supervisors is contemplating how best to address a dysfunctional, under-funded, problematic animal control department which has for decades been conjoined with the agriculture department. In a word, the relationship is unworkable.

The latest attempt to sever animal control from agriculture is the Board of Supervisors attempt to dump this disaster on the brand new Del Norte Sheriff. Its been tried before and declined by former duly-elected three-term Sheriff Dean Wilson. Wilson is also a candidate for Fifth District supervisor. In an outreach of fairness,  I contacted ALL candidates running for the Board of Supervisors to weigh in on this matter.

Sheriff Wilson responded to questions on how best to address Animal Control. “The county should not at this time burden the sheriff with the duties of animal control. Our priorities should be rebuilding a troubled sheriff’s department, which  will take years to restore. I fear placing the burden of a broken animal control department which is in desperate need of help will be one straw too many for the newly-elected  sheriff.”

Candidate/Supervisor Sue Masten sees the transfer differently. By consensus, the board directed staff to develop and implement a plan to transfer animal services to the sheriff. Freshly-elected Garrett Scott is studying the matter but indicated no initial objection at a recent Board of Supervisors meeting. Masten states, “I have concerns about turning over another facility that has not been maintained over to a heavily burdened sheriff.” However, Masten declared most counties in the state utilize the sheriff for animal control services. The supervisor says she will be examining the maintenance plan to see no additional burden will be placed upon the sheriff.

Fourth District candidate for the board, Joey Borges also opposes the animal services move to the Sheriff. “Restoring law and order to Del Norte County should be Sheriff Scott’s priority. It’s not a good move to transfer animal services to  the sheriff, at this time.”

Fourth District candidate Patty Adams states she’s in favor of moving animal regulation out of agriculture after speaking with Agriculture Commissioner Justin Riggs and public comments from volunteers at a recent board meeting. She continues. “I’m the kind of person that needs to see the proposal, pros and cons, prior to making a wholehearted decision.“

Stakeholder Mark Martello, DVM has provided animal services for 13 years. Dr. Martello adamantly opposes the transfer. “I’ve observed systemic mismanagement, lack of educated staff trained in animal care and control and sub-standard  maintenance of the dog pound. If not for the dedicated volunteers,  the pound would be a complete failure. Animal control needs a dedicated  professional who will devote 100 percent time to change this dysfunctional facility to a well-managed sanctuary to care and house our community’s animals.”

It is important to recognize the thankless work of pound volunteers. Without these wonderful contributors to the daunting challenges facing animal services, conditions  would be far worse.

Sheriff Garrett Scott is not compelled to take on animal control…and the Sheriff may decline, at this time, the board request to move this headache off the supervisors’ radar screen.

Indeed, two other counties statewide have a combined agriculture/animal control department: Siskiyou and Tuolumne counties; however, both have adequately-staffed senior management infrastructure in place, an amenity long-absent from Del Norte County.

Often, Commissioner Riggs devotes his personal time to cleaning out kennels. A seemingly endless parade of irresponsible dog owners, a significant growth of unvaccinated for rabies dogs, loss of revenue due to pet owners neglecting to pay the modest fee to license their dogs and systemic under funding of this department continues to vex operations. Lots of sick canines exacerbate the problem. A beleaguered staff is overwhelmed, under-appreciated and most certainly, underpaid. There must be change.

The board created this quandary in neglecting to address this can of worms for decades. The adopted no-kill policy sounds humane and compassionate but torturously and unintentionally has created many ill dogs and no shortage of animals with zero chance of ever being adopted or embracing the compassionate love of a good home. Animals languish in small cages, day after week after month, perhaps even years with borderline minimum services. Inhumane.

Regrettably, there is no cruel and unusual punishment protection for the pups. Riggs and staff are doing its best but the efforts expended in animal control are futile and compromise agricultural needs’ oversight for Del Norte. Revenue suffers because of the overwhelming needs of animal control. Now, the board wants to transfer this Excedrin headache to the sheriff.

Scott has started well in addressing patrol, courts,  corrections and dispatcher deficiencies. It’s going to take a very long time to turn the Del Norte Sheriff Department battleship around. Saddling the sheriff with this gigantic problem is not the answer.

Guaranteed, once the board rids itself of animal services,  supervisors will wash their paws and never look back. The board of supervisors created this problem; now it must fix it.

The correct intervention is to create a separate, stand-alone animal control department. Contract out the service to a private entity. Release a request for proposal for animal services, including housing, adoption, veterinarian care and related essential services. It’s going to be expensive but this option is the right step. The board of supervisors should absolutely retain oversight of this debacle. Putting Band-Aids on this open wound will no longer suffice.

Will the board do the right thing in bringing respect and dignity back to Animal Control? Unknown. Politics is an inexact science.

The justification for allocating the necessary funding could come from the successful passage of retaining the sales tax increase, Measure U. The 13.4 percent revenue increase to the county’s general fund. The board reported Measure R revenue those past year was $1.795 million.

Support for the unpopular tax could blossom if the board is prepared to permanently address the dog pound dilemma.