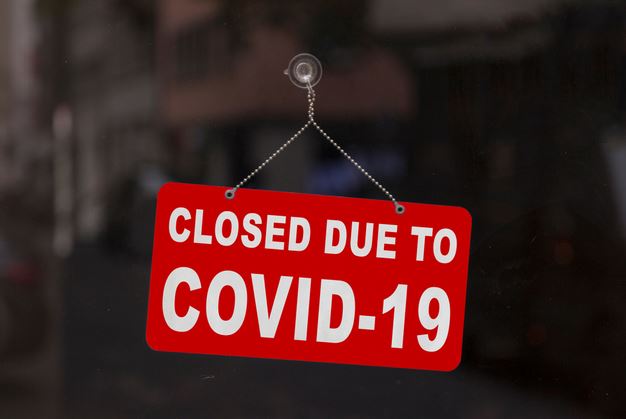 A recent comment in Linda Sutter’s piece on local restaurants in the
Crescent City Times, triggered the same feeling that I have carried
around since last Spring.  After the barrage of media coverage of how
deadly this pandemic was going to be, before any real research had been
done, it seemed prudent for thinking people to take a step back and see
what developed.  Since that time the media has continued to
hyperventilate over the pandemic as a certain means of dying like nobody had ever died before,  ever. Close on the heels of the media were the people who are especially entrusted with doing what is most beneficial for all of us, the government.  Since then we have endured closures, social distancing, mask wearing, and stay at home orders, without a single shred of scientific evidence that any of these practices actually work.  The burden on small businesses has been far worse.

Seems like at least once or twice a week, Dr. Walter Rehwaldt and his
Public Health Ministry, announce the tally for the week, 931 positives,
39 active cases, 2 hospitalizations, and four deaths like it is the box
score for some sporting event.  This is followed by the predictable
warning that we must soldier on, as we are not out of the woods yet.
Wear a mask, wash your hands, do not go out unless necessary, and social
distance as if that weaves some sort of magic over every one who
complies, avoiding exposure and very likely an addition to the box score.

I wonder if we were to have approached the common flu like this, many
centuries ago, just where would we be.   People have died from the flu,
some years by the thousands, yet nobody suggested inventing a test to
see which of us had it.  There was no call to social distance or wear a
mask.  Quarantines were for the people who were sick with the flu.
People came to work infected by the common flu and nobody worried about
transmission because very few people actually died from the common flu
compared to the millions that caught it each and every flu season.
Vaccines were formulated for those that wished to escape the worst
effects of the flu.  And most years in the flu season alone those of us
here in Del Norte County experienced far more cases than the paltry
numbers being reported by Public Health for the entire year of the Covid
pandemic.

So, I for one have said enough is enough for months.  I do not intend to
subject myself to the continued lunacy broadcast each week in the media,
or by Dr. Walter Rehwaldt.  There clearly is currently nothing that will
prevent the spread of Covid-19. Seventy percent of all cases of Covid-19
claim to wear a mask and social distance all the time.  A further
nineteen percent claim to have worn the mask and social distanced most
of the time.  Recent mutterings out of the medical hacks appear to be
going with wear more masks to explain the failure of the current
mandates to slow the spread.  Is two masks going to be enough?  Three
maybe? Better yet ten masks, just to be sure?

It has been well over six months that a series of studies said very
clearly, “Mask do not prevent transmission of, or being infected by
Covid-19″.  Countless medical professionals have repeated that warning
without any acknowledgement by those that continue to repeat the mantra,
masks, social distancing, wash your hands, and stay home.    To quote
some one who appears to have his head on, instead of having it perched
on his dresser in the morning, “the question I have for local business
owners, and for all citizens of Del Norte, is:  Where do you draw the
line?  What else has to happen to spur you into action-what new controls
or regulations on your livelihood or your lifestyle does the government
have to impose before you say “enough is enough?'”  I am saying we
crossed that line months ago.  Government mandates about human behavior
simply cannot do anything but fail when it comes to human mortality.  It
is what it is…..

One thought on “Covid-19 Mandates: Enough is Enough!”