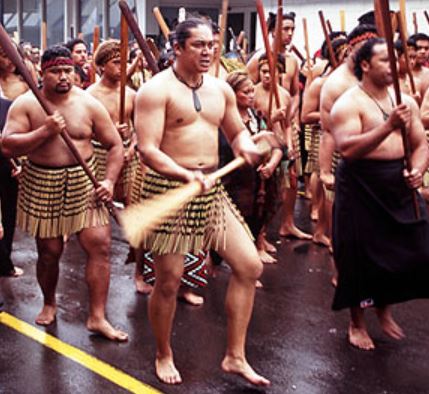 If you look at a detailed map of the world and compare data being given
for Covid-19 cases, you will notice that the most heavily vaccinated
countries with the most restrictive policies in place are after nearly
two years the countries that are experiencing the most difficulty with
combating the virus.  The few countries in the world that have either
isolated themselves from the world, or are too poor to have much
interaction have fared the best.  Island nations with restrictive
policies have managed to delay their experience until recently.  New
Zealand, an island deep in the South Pacific, up until recently was held
as the model for the rest of the world to follow.

From the outset, New Zealand enacted rigid lock downs, masking,
distancing, and strict limits on movement within and without of the
Country.  It also in essence shut it self off from the world with few
exceptions.  When vaccines became available, New Zealanders for the most
part embraced vaccination as a means to reopen.  Currently with 75% of
the population fully vaccinated, one would think that New Zealand was
most certainly the model for defeating Covid-19.  If only the rest of
the world would follow their example.

Up until the beginning of August, New Zealand had escaped any serious
out break of the virus, and then reality came visiting. Countries and
even the people within, have become so intertwined with the outside
world that while isolation is about the only effective means of
defeating a virus, people cannot survive in total isolation forever.  As
New Zealand was forced to open up to the outside world Covid-19 came
calling and swept away all the barriers that had been erected.   New
Zealand, as we have locally, felt the first real surge of Covid that has
swept through most countries with ease.

The government will reassert its authority and erect all the previous
restrictions, tell its citizens 75% fully vaccinated is not enough and
shoot for 90% while failing to inform its population that this will not
work.  The lessons learned in China, Israel, Singapore, Australia, and
even here in the United States will not be enough to over turn two years
of propaganda spewed forth from Government health, the media, and many
of our thoughtless leadership.  The Pandemic is no longer about your
health and likely never was.  It would be easy enough to become one of
the many unquestioning people in the world and go to sleep.

Most governments are corrupt and not to be trusted until a dose of
personal skepticism is in place and each individual has the opportunity
to evaluate unimpeded that which they have been told. Vaccine passports
and any other hurdles surrounding the current virus are meant to
control, not to make you “safe”.  A political solution to solving our
issues with the virus will never be an option for success.  Big Pharma,
the CDC, and the WHO have too much moneyed interest at stake with no
liability to allow any deviation from quickly vaccinating as many people
as possible in order to make vaccine profits extend forever.