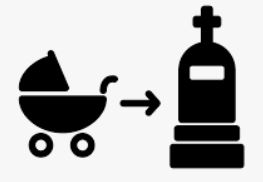 A lot has been said about President Ice Cream Cone’s “Build Back Better
Plan” that has circulated the halls of the legislative branch of the
Federal Government over the past several months. Because of the struggle
the Biden Administration is having selling this insane plan of
government intervention, Ice Cream Cone has gone back to his Obama years
and “Life of Julia” retread in an effort to “sell” the plan.  Biden’s
version is another lame cartoonish version titled “Life Of Linda”.  Not
exactly very imaginative, but what can you expect from an administration
where its leader can barely utter a coherent sentence.

‘Life Of Linda’ is another buffoonish attempt to make government “Cradle
to Grave” sound appealing and caring.  A thumb nail sketch of the
cartoon begins as with the previous “Julia”, a single pregnant woman,
with no spouse in evidence.  Linda makes a reasonable salary of $40,000
per year working in a manufacturing plant in Peoria, Illinois.  Once her
son, Leo, is born, she immediately begins to receive “Child Care
Credits” of $300 per month, or $3600 per year in order to help with the
cost of child care, groceries, rent, etc.  Nice gig if you have it.  As
Leo is growing up, the government covers the cost of day care and limits
her out of pocket expense for that care to 7% of her income, or $2800.
Not to be pointing this out, but the $300 per month was supposed to help
cover that cost.

When Leo reaches the ripe old age of three, he is enrolled in a “free”
Pre-K  high quality indoctrination  program.  You know it as the local
failing public school.  Nothing but the best for our Leo, plus mom
doesn’t have to pay as much for that pesky day care for the next fifteen
consecutive years.  Will wonders never cease.  How thoughtful,
government control at its finest.

Once Leo successfully leaves High School, the local community college is
drafted into the plan, as Leo gets two more years of “free” education
under the Pell Grants system which is not a loan and does not require
repayment.  What a deal, all those college graduates with thousands in
loan debt looming over their heads from their college experience must be
jumping for joy.

With his college education Leo moves on to take up a position in
“windmill technology”.  Must not leave “Climate Change” out of the
propaganda, more socialism after all.   Life goes on for Leo, where his
well paying “green sector” job apparently doesn’t pay well enough for
him to be able to take care of his ageing mother. Thus another hand up
from President Ice Cream with free home and hearing care for Linda
through Medicare.  Finally, as Linda is no longer able to live
comfortably at home the cap to the “Cradle to Grave entitlement comes in
the form of Leo being able to afford home elder care for his mother.
How precious.

Aside from the basic fact that this Country will have to borrow money to
pay for this grand gesture, no one who thinks these monstrosities up has
a clue that government isn’t the most reliable source for managing any
kind of program.  As with most social programs that currently exist,
there really hasn’t been the cash to cover the costs.  Add another ill
thought out program to the mix, and what will keep the government
afloat…..Nothing. Once the federal government sinks under a pile of
debt, where will Linda, Leo, and the dependence class turn to, to throw
them another life ring?