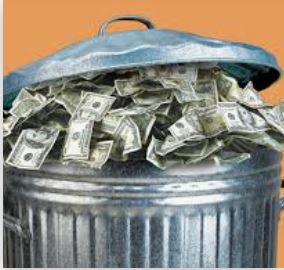 The recent acceptance of a $30 million grant from the United States
Department of Education is a leftist, liberal, progressive wet dream.
Promising all sorts of unrealistic outcomes for “children from
distressed areas”, five years at $6 million for each year to allow “non
profits, including faith based groups, institutions of higher learning,
and Native American tribes to be able to fund their indoctrination of
children from the time they are born to the day they die.  Let’s just do
away with any undue influence by those pesky parents who may wish to be
included in their child’s life.  Thirty million more dollars to fund
progressive and leftist causes in the local community.  Will wonders
never cease.

It is not as if this generous outlay of taxpayer dollars has had any
impact on improving lives where it has operated over the last ten plus
years.  It is not like this Obama era bit of social engineering was
meant to improve anyone’s existence, and surprise, surprise, there is
not much evidence that it has.  As so many of the programs that come out
of the federal government, good intentions rarely have achieved the
result warranting the expenditure of the money spent, this is but a
repeating narrative.  The Promise Neighborhood Program is one of the
many thoughtless programs spawned out of the US Department of Education
that has run unchecked for years without any attempt to determine
whether the money was well spent.

Locally we have the Yurok Tribe, True North, the Del Norte County Office
of Education, the Del Norte Unified School District, the North Coast
Indian Development Council, First Five, and a half dozen other local
hand out organizations all salivating over the split of the money.
Other than a lot of direct invasion of parental responsibilities, it is
hard to envision a more blatant attempt to use tax payer dollars to
further the cause of left leaning organizations in this County.  As per
usual all the usual suspects are in line with their respective hands out
for funding with no clear cut direction or plan.  We will have to
implement the plan before we know what is in it.  Sounds like a typical
federal level accident waiting to happen.  Maybe even some money in
there somewhere for vacations to Japan?

The first clear issue with the grant is that it terminates after five
years, then what happens to the programs meant to assist children into
their twenties?  How do you collect data to determine if the program is
working?  How do you determine if the money is spent wisely and
appropriately?  Does anyone evaluate the program or audit the spending?
How is the money shared between all the groups who are participating?
How is it determined who receives the assistance?  What form does the
assistance come in? How do you determine what constitutes a “neighborhood”?

Let’s face it, for a program that has been in existence for eleven
years, without any oversight or evaluation by the federal government
surely some of these and many other questions about the program should
have been addressed.  But no, the federal government continues to churn
out grants without any evidence that the program works, or that it is
not doing more harm than good. Early evaluation of the programs offered
in Promise Neighborhoods showed “no compelling evidence that investments
in parenting classes, health services, nutritional programs, counseling,
and community improvement have had appreciable effects on student
achievement”.  In the intervening years, all the word salad about the
program has yet to yield any evidence that millions of dollars invested
in the program has resulted in any changes within the “Promise
Neighborhoods”.  On the other hand one wonders what damage the various
programs have done under the umbrella of being “beneficial”.