Crescent City Circus. Who’s the ringleader, DA or Sheriff or? 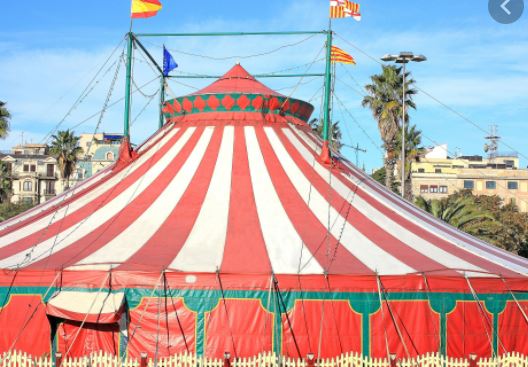 It would appear that the show is on in the political arenas in the
City.  The current Mayor Pro Tem, Alex Campbell has been charged by Del
Norte County’s District Attorney, Katherine Micks as failing to live in
the City’s town limits as required for a candidate to run for City
Council.  This comes after an allegation was made to the City’s Manager,
Eric Wier  that Mr. Campbell did not live within the city limits.  Micks
has charged the councilman with three felonies, perjury, election fraud,
and false declaration of candidacy.  According to City Manager Eric Wier, the allegation came as a result of a press release on Wednesday, and he
immediately passed the information to the District Attorney. The press
release authored by Jessica Cejnar writing for the Lost Coast Outpost.
Very efficient for government, informed on Wednesday, charges by press
time later Wednesday.  It is almost as though it had all been planned
out.  Nothing to see here folks.

One has to wonder in this curious case, “What is the underlying story
here?”  More corruption at City Hall, maybe in the County’s government
as well.  What exactly does Mr. Campbell know that has required the
abnormally swift action by the DA.  Cases of much more importance take
years before the DA moves the case forward. This does not pass the smell
test.  Mr. Campbell, according to the County’s DA will be arraigned on
February 19th.  This will be quite the show.

Mayor Pro Tem Campbell for his part is currently living on I Street well
within the City’s limits.  He occupies a room leased from a friend which
he has made his primary resident since May 1, 2020.  While he does own
another property in the County, he spends more than fifty percent of his
time at the I Street residence as required by election code.  Mr.
Campbell is clearly knowledgeable about requirements to run for office
within the city.  It is difficult to accept that he would choose to
violate the law when he went to some lengths to establish legal
residency in the city and occupy that residence for more than thirty
days. I would think that DA Micks would have sent an investigator to the
I Street address to determine residency before charges were filed.  It
does not appear that this was the case.

I see Eye On Del Norte has become involved making the next few weeks an important time for voters in the next election.  Seems Eye on Del Norte
has focused on Former Mayor Blake Inscore, recently outed as the Mayor,
Eric Wier, the City’s Manager, DA Katherine Micks, Sheriff Eric
Apperson, Supervisor Gerry Hemmingsen, and Supervisor Chris Howard.
Voters should keep those names in mind over the next two years.
November 2022 is looking like a good year to clean house both in the
City and in the County.

4 thoughts on “Crescent City Circus. Who’s the ringleader, DA or Sheriff or?”